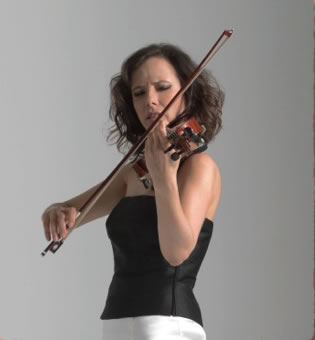 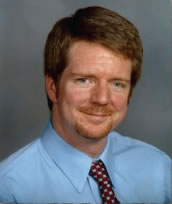 This preview has been provided by Jerry Posner.

Natasha Korsakova makes her RALEIGH DEBUT recital on November 9, 3:00 pm, at St Michael’s Episcopal Church, in Raleigh. This concert will also spotlight organist Kevin Kerstetter, St. Michael’s Director of Church Music, Cuban pianist and former piano professor at the National School of Music in Havana, Ariadna Nacianceno, and Katherine Kaufman Posner, called by Metropolitan Opera conductor Kurt Adler, one of the voices of her generation. Posner, Korsakova and Kerstetter will perform the beautiful aria, ‘Erbarme dich” from Bach’s St. Matthew Passion.  Korsakova and Nacianceno will perform the Grand Tango by Astor Piazzolla as well as the hair raising Ballade and Polonaise by Henri Vieuxtemps. Korsakova and Kerstetter will perform the Vitali “Chaconne” in a rare violin and organ arrangement, and Korsakova will also play the famous Chaconne for unaccompanied violin by Bach.

Natasha Korsakova, makes her North Carolina DEBUT in a recital with Maestro David Michael Wolff at the piano on Friday, November 7, 2014.  For more information about this event see http://cvnc.org/eventDetail.cfm?eventId=14024.

Maestro Evgeny Svetlanov, former conductor of the Bolshoi Theater, said that “without any doubt, Natasha Korsakova is a truly remarkable artist … one of the greatest representatives of Russian violin playing.”

Korsakova is a descendent of the famous Russian composer, Nicolai Rimsky Korsakov, composer of the famous symphonic suite, Scheherazade and the Capriccio Espagnol.

Members of the international press have called the incomparable Natasha Korsakova “a singing angel,” and “a violinistic phenomenon.” She is one of the most popular violinists of her generation whose violin playing has been described as “a sinfully beautiful listening experience.” She is noted for her "perfect technique, bold stylistic sense, and musical intuition."

Her repertoire consists of some 60 major violin concertos. Most recently, she recorded the Beethoven Violin Concerto and the two Romances with the Orquesta Filharmonica de Queretaro in Mexico. Among her other recordings are “Natasha Korsakova Plays Gershwin and More,” with the North Czech Philharmonic Orchestra conducted by Charles Olivieri-Munroe, and “Opera Fantasies” with the noted Kira Ratner at the piano.

Her virtuosity is reminiscent of Leonid Kogan, her father Andrei Korsakov, and even Jascha Heifetz. In fact, following her recital debut in New York, the New York Concert Review wrote: “Korsakova sounded as if she belonged on the stage of the MET with the cast of the opera as she sang Gershwin’s inspired melodies on her fiddle with loyalty to the text of the original songs and the characters that sing them.”

Natasha was born into a musical family in Moscow. She began playing the violin at the age of 5. Her first teacher was her grandfather, Boris Korsakov. She then studied with her father, one of the world’s greatest violin virtuosos, Andrei Korsakov. Her mother is world class pianist Yolanta Miroshinkova. When her father died an untimely death, the teenaged Natasha fulfilled 60 of his concert engagements to great acclaim in Russia, Europe and Japan.

She has appeared in some of the world's most prestigious concert halls such as the Grand Hall of the Moscow Conservatory, the Berlin Philharmonic, the Gewandhaus in Leipzig, Tokyo's Santory Hall, the Cologne Philharmonic, the Concertgebouw of Amsterdam, the Wigmore Hall in London, the Accademia di Santa Cecilia in Rome and the Alte Oper in Frankfurt. Natasha was invited by Irina Shostakovich to appear in a concert honoring Dmitri Shostakovich at the Opera Comique in Paris.

Natasha is an avid chamber music player and has appeared at the Ludwigsburger Festspiele, the Liechfield Festival, and at Gidon Kremer’s invitation, the Lockenhaus Festival.

In 1996, Natasha was the first musician ever to receive the "Russian Muse" award in Moscow’s' Big Conservatory Hall. In 1998, she was “Artist of the Year” in Chile. In 2004 she performed the Tchaikovsky Concerto in Berlin for the 15th anniversary of the fall of Berlin Wall.

In July 2008, she was awarded the "Premio Sirmione Catullo," one of the most prestigious Italian awards given to musicians, politicians and journalists, and was named "Artist of the Year" in Italy. In the same year, Natasha played a recital in Palazzo Quirinale Rome, in the presence of the Italian State President. She also gave four performances in the Kunsthistorischen Museum Vienna on the legendary violin by Guarneri del Gesú, formerly owned by Yehudi Menuhin.

In 2011 she performed with the Italian-Swiss violin virtuoso, Manrico Padovani, at the Nervi Hall, Vatican City, for Pope Benedict XVI.

This great young violinist currently plays a rare violin made in 1765 by Vincenzo Panormo.

Since 1998, Kevin has served as the organist and choirmaster at St. Michael’s Episcopal Church. A graduate of Westminster Choir College in Princeton, N. J., Kevin earned a Bachelor of Music degree in Church Music and a Master of Music degree in Choral Conducting. Kevin was, for 12 years, an assistant conductor of the Raleigh Boychoir. He conducts the Schola Cantorum of the Diocese of East Carolina and is the Chapel Organist of St. Mary’s School. He is also the manager of the Royal School of Church Music’s Carolina Course.

Kevin is an active member of the Royal School of Church Music, the Association of Anglican Musicians and the American Guild of Organists. A native of Pennsylvania, Kevin loves living near Raleigh’s lively downtown.

Subsequently, she performed with the San Francisco Opera, as well as four seasons with the Goldovsky Opera Theatre. She also completed a Master’s degree in Opera Theatre from Manhattan School of Music and sang performances at Lincoln Center and Carnegie Hall. She was also a frequent recitalist and oratorio soloist in the New York area.  Katherine was a winner in the prestigious Liederkranz Society competition.   She has appeared with such artists as Giorgio Tozzi, Mary Curtis Verna, George Shirley, Patricia Brooks, Donald Gramm and Igor Gorin. She has sung under the baton of Igor Stravinsky, Robert Craft, Jose Serebrier, Emerson Buckley, and Anton Coppola.

Katherine was a student of the world-renowned Cornelius L. Reid.  She has more than forty years of teaching experience, including appointments to the faculties of Duke University and The University of North Carolina-Chapel Hill, where she continued her active performing career in faculty recitals, chamber music, and opera.

She was a recipient of grants from The Martha Baird Rockefeller Fund for Music, the Borden Company, and the Weyerhauser Paper Company.  Katherine is an experienced lecturer in voice production and is a master teacher of singing, as well as an expert in coaching musical styles, teaching English and foreign language diction, acting and stage movement.  She has a private voice studio in the Triangle.

Pianist, Ariadna Nacianceno, attended the Cuban National School of Music where she became a Professor of Piano Accompanying.  While an undergraduate, she discovered her love of collaborative piano and has been accompanist for a broad range of musical ventures over the past nineteen years. She has accompanied the Orquesta Riverside Cuba, the Cuban National Lyric Theater, and the Schola Cantorum Coralina, in which she also sang.

Her graduate study included an invitation for two consecutive years to participate in courses in Choral Direction and Vocal Technique in Pontevedra, Spain, under the direction of Julio Dominguez and Tamara Brooks.

She has also studied both Baroque Music Interpretation and Interpretation of African-American Spirituals under Kenneth Nafzinger, and English Choral Music, with Michael Brewer in England.
She has performed in concert at the Eighth World Symposium of Choral Music in Denmark, as well at audiences for both Pope John Paul II and Pope Benedict XIV.

Since coming to the U.S., she has been active in accompanying both instrumentalists and singers in a wide range of classical music and also enjoys participating in Latin popular music ensembles.

Ariadna has just been appointed to the musical staff of North Carolina State University as Choral and Instrumental Accompanist.