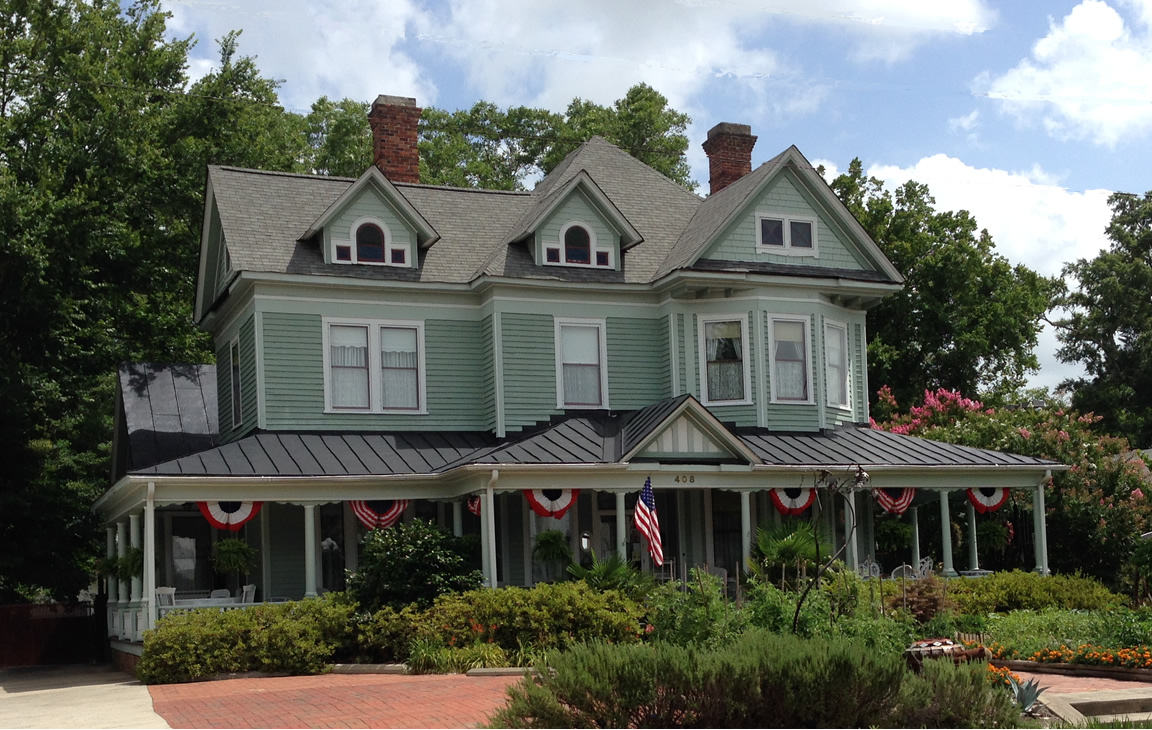 This preview has been provided by The Music House.

The programs and musicians for the four evenings at The Music House have been announced. Bios of the musicians are listed at the bottom of this preview.

"Musicians, Critics, Audience:  Who Knows Best?" is a lively time of discussion between all the participants at a performance: the performers, CVNC's writers, and the audience.   Tonight's musicians will tell us about their experiences with reviews, CVNC's writers will join the discussion as they tell how they prepare before a performance and then write their critiques afterward.  The audience is invited to ask questions and express their opinions on who really are the experts!

"Musicians, Critics, Audience:  Who Knows Best?" is a lively time of discussion between all the participants at a performance: the performers, CVNC's writers, and the audience.   Tonight's musicians will tell us about their experiences with reviews, CVNC's writers will join the discussion as they tell how they prepare before a performance and then write their critiques afterward.  The audience is invited to ask questions and express their opinions on who really are the experts!

Eternal Source of Light Divine from Ode to Queen Anne
O Lord, whose mercies from Saul
Where ere you walk from Semele
George Frideric Handel

Leslie Conner grew up in Greenville, North Carolina where she began Suzuki violin lessons at the age of three with Katherine Jenkins and later with Joanne Bath. As a young student, Ms. Conner was a member of the Eastern Youth Orchestra and a featured soloist with the J.H. Rose High School Orchestra under the direction of Glenna Theurer. Ms. Conner went on the receive a Bachelor’s Degree in Violin Performance from East Carolina University where she studied with Ara Gregorian and completed Suzuki teacher training with Joanne Bath. While at ECU, Ms. Conner pursued instruction in baroque performance practice with Dr. John O’Brien and Dr. Thomas Huener and participated in various master classes and performances with professional baroque performers including Julie Andrijeski, Gesa Kordes and Annie Loud.

In 2006 Leslie moved to Bloomington, Indiana where she pursued her Master of Music studies in Baroque Violin at Indiana University’s prestigious Jacob’s School of Music. While her primary instructor in violin was Stanley Ritchie, she was also coached regularly by Wendy Gillespie, Nigel North and Elizabeth Wright.

Leslie Conner currently resides in Atlanta, Georgia where she is in demand both as a performer and as a teacher. Ms. Conner was the concertmaster of the Georgia Philharmonic from 2011-2013 and has performed with the Atlanta Baroque Orchestra, Indianapolis Baroque Orchestra, Bourbon Baroque, Bertamo Trio and as a featured soloist for the North Carolina Baroque Orchestra. A dedicated music educator, Leslie maintains an active violin studio of Suzuki and collegiate students ages 3-adult. She currently teaches at the Georgia Academy of Music and Eclectic Music Atlanta.

Violinist Leah Peroutka holds degrees from UNC-Chapel Hill (BM 2007) and the Cleveland Institute of Music (MM 2009).  A native of eastern North Carolina, Ms. Peroutka was trained in the Suzuki method in New Bern and Greenville.  She attended J.H. Rose high school, studying with Joanne Bath and Glenna Theurer, and was a member and concertmaster of the Eastern Youth Orchestra.  She attended UNC-Chapel Hill, where she studied modern violin with Richard Luby and was instrumental in re-establishing the UNC Baroque Orchestra.  After finishing her BM degree, Ms. Peroutka continued her musical studies at CIM, where she studied modern violin David Updegraff and Baroque violin with Julie Andrijeski.  Ms. Peroutka has performed throughout the eastern United States and in Europe on both modern and Baroque violin.  She is a founding member of the NC Baroque Orchestra.  She can also be heard in concert with the Mallarme Chamber Players, Baroque Arts Project, the Vivaldi Project with John Hsu, and UNC Faculty Baroque Ensemble, as well as with faculty members from UNC, Duke University, ECU, and UNC-Greensboro.  On modern violin, she performs regularly with the North Carolina Symphony and NC Opera, and she is the coordinator of the Chapel Hill Chamber Music Workshop.  Ms. Peroutka has been on faculty at UNC-Chapel Hill as a Lecturer in Violin and Chamber Music since 2010, and she has an active private studio at her home in Chapel Hill.  Her instruments include a violin by Jan Hus Bursik and bows by Ole Kanestrom and Stephen Marvin.

He is artistic director for The West Side Cello School whose mission is to foster positive growth of our music community while encouraging the revitalization of the Greater Greenville Downtown area through neighborhood contact, civic education, and good old fashioned friend and music making. He is thrilled to play with his friends this evening and is particularly excited to do so west of Evans in our fair city.

Joey O'Donnell, baroque viola, received his Masters in Viola Performance (studying under Ara Gregorian and Yoram Youngerman) and Suzuki Pedagogy (training under Joanne Bath) from East Carolina University.  While at ECU, Joey was an avid performer of new music, old music, and everything in between.  His initial contact with early music was in ECU's first early music ensemble, led by Drs. Tom Huener and John O'Brien.  He has since performed in Baroque ensembles across the country, including Baroque & Beyond concerts in Washington and North Carolina; numerous appearances at the Berkeley Early Music Festival in California with Wild Rose, Ensemble Vermillian, and the Bertamo Trio; and the acclaimed chamber choir Seraphic Fire.  He is a founding member of the North Carolina Baroque Orchestra.  In addition to early music, Joey also performs with various groups around North Carolina, including an English Country Dance band that can't seem to settle on a name for more than a few months at a time (Collard Greene, Syllabub, The Bonny Cuckoos).

Joey is a founding member of Triangle Area Suzuki, a group of teachers in the Triangle dedicated to nurturing students musically, intellectually, and emotionally.  They perform outreach concerts of both classical and traditional music on a regular basis.  He has taught at Greenville's own North Carolina Suzuki Institute and the Blue Ridge Suzuki Camp in Northern Virginia.

In addition to music, Joey enjoys cooking, word puzzles, and origami.  He is thrilled to be back in Greenville for its inaugural early music festival.

Long time Greenville resident and Eastern NC native Jon Ward Shaw (soprano) holds degrees in voice from ECU and Duke University.  She also did additional graduate work at Ohio State University.  She is well known in the region for her many appearances in opera and oratorio having appeared as soloist with numerous regional orchestras and opera companies.  Her pure and agile soprano voice combined with outstanding artistry make her a favorite soloist with early music groups and period players throughout the region.

Mrs. Shaw has been a leader in the Arts community in Eastern NC for many years.  She teaches Suzuki violin and is currently the director of the Greenville Recorder Society.  She is a long time member of Saint Paul’s Episcopal Church and choir, the Pitt Community College Orchestra and the ECU Early Music Ensemble.  She is a wife and mother of 4 outstanding violinists!

Hailing from eastern North Carolina (Wilmington and Emerald Isle), Ms. Owens is delighted to have an opportunity to perform at The Music House Summer Festival with colleagues from the state. She earned degrees in oboe performance at the University of North Carolina at Greensboro, the Manhattan School of Music, and the City University of New York. Her study of baroque oboe with Randall Cook and Washington McClain took place at the Amherst Early Music Festival. She teaches historical oboes in the Early Music Institute at Indiana University, modern oboe at George Mason University, and is the founder and director of George Mason’s new baroque chamber orchestra.

Ms. Owens plays a baroque oboe made in 2014 by Randall Cook of Basel, Switzerland, after Jonathan Bradbury, circa 1720. Her oboe d’amore was made in 1999 by Bernard Schermer of Basel, after Johann Heinrich Eichentopf, circa 1720.

Jacques Snyman is from Baltimore, Maryland, by way of South Africa and the United Kingdom.  Growing up in South Africa, sport was Jacques “go to”, participating in Track and Field, rugby, gymnastics, and tennis, and still plays rugby today.  He represented South Africa in the World Championships in the decathlon, and was on an international rugby team as well.  On the opposite side of spectrum, he also was an accomplished musician, singing in boys choirs.

Jacques only discovered his ability to sing in the Countertenor vocal range three years ago, quite by accident, and has been honing his skills ever since.  Works he has performed include:

The other passion in Jacques life, in addition to sports and music, is the cause of anti-bullying, and is actively pursuing avenues where he can contribute his talents and background to further the anti-bullying campaign.

Classical Voice of North Carolina (CVNC) was established in 2001 after newspapers curtailed their classical music coverage or abandoned it altogether   Today in its online arts journal, CVNC covers music, theatre, dance and visual arts across North Carolina.   CVNC publishes more than 500 reviews each year. These writing assignments are chosen from 3,500+ unique events (more than 6,600 performances and exhibits) in the CVNC calendar.