Flicka Holds Audience in the Palm of Her Hand 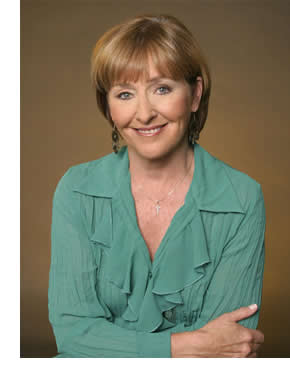 Beloved mezzo-soprano, Frederica von Stade, is taking leave of her vast international audience with a farewell tour which began with a joint recital with Dame Kiri Te Kanawa in Boston in October 2009, and which shows signs of extending itself well into next year. “ 'Oh, I'm sure there will be a few return engagements here and there, especially the charity recitals I do with my younger colleagues,’ she says, a smile in her voice. ‘If people ask me, I'm available! I will never not love to sing.’ " (Chicago Tribune, May 2, 2010.)

And although there will be major operatic appearances in Chicago (Ravinia) and Houston, the very model of a modern major farewell recital was set when she sang at Carnegie Hall in New York City this past April – long on autobiographical stories and short on musical challenges, but charming and entertaining from start to finish. The beauty of the voice is much as I remember it from her performances of Mahler’s Fourth Symphony and Canteloube’s Songs of the Auvernge with Michael Tilson Thomas conducting the Buffalo Philharmonic, and at 65, her voice has lost little of the earlier flexibility although it tends to hang just below pitch much of the time. However, Frederica von Stade is incredibly direct as a person and as a musician; at all times she is communicating expressively, whether the subject be humorous or sad, sarcastic or moving. The same is true of the narrative introducing each song, words well-chosen, genuine warm delivery and perfect timing.

Among the ten short songs (in English and impeccable French) which filled the first half of the recital in the Stevens Center of the University of North Carolina School of the Arts, I was most touched by Louiguy’s (Louis Gugliemi, 1916-1991) “La vie en rose,” with words by the immortal Edith Piaf, which corresponded to Ms.von Stade’s student years in Paris. Two works in the first half also revealed the virtuosity of her accompanist, UNCSA faculty member Allison Gagnon: “Why Do They Shut Me Out of Heaven” by Aaron Copland and “The Serpent” by Lee Hoiby (b. 1924).

Changing from her rose gown of the first half (the concert had opened with Ned Rorem’s setting of Gertrude Stein’s “I Am a Rose” followed by the Piaf song) to a more casual black pants set with a floor-length red sleeveless tunic, Ms.von Stade opened the second half of the recital with a humorous Mahler lied from Des Knaben Wunderhorn about the long-eared donkey who must judge a singing competition between a nightingale and a cuckoo. Then she sang the song she sang in 1969 for Rudolph Bing and which landed her a contract with the Metropolitan Opera, Charlotte’s aria from Werther by Massenet, “Va, laisse couler mes larmes.” Another operatic aria which was very successful was “Connais-tu le pays?” from Mignon by Ambroise Thomas, unfortunately temporarily overwhelmed by passing fire trucks.

Carol Hall’s “Jenny Rebecca” was especially lovely and served to situate the true story told in “A Route to the Sky” from Paper Wings, music by Jake Haggie to texts by Ms. von Stade about her younger daughter’s climb up onto the roof, pursued by the petrified Flicka. But what really brought down the packed house was her moving “Send in the Clowns” from A Little Night Music by Stephen Sondheim (b. 1930), prefaced by the comment that whenever something “went wrong in the circus, they send in the clowns.”

In response to the standing ovation accorded Mss. von Stade and Gagnon, we were treated to some Mozart:  Zerlina and Don Giovanni’s duet, “La ci darem la mano” in which the suave Don, suggestively and persuasively sung by Richard Ollarsaba, a fellow at the A. J. Fletcher Opera Institute, attempts to exert his “droits de seigneur” over the soon-to-be-wed Zerlina (Ms. von Stade).

The evening’s performance, presented as a benefit concert for the A. J. Fletcher Opera Institute of the UNC School of the Arts, was clearly a benefit to the enraptured and thrilled audience, including many students of UNCSA and yours truly.