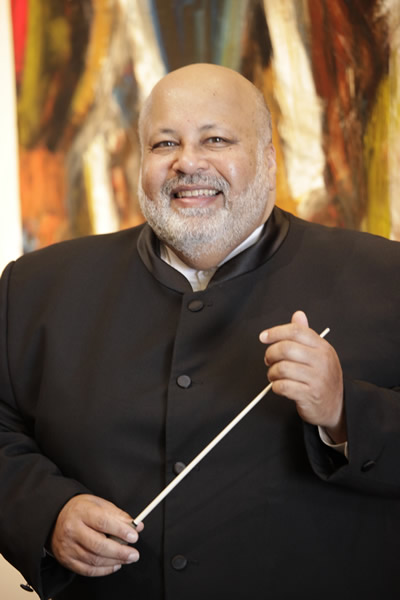 The North Carolina Symphony, led by Resident Conductor William Henry Curry, will perform Rimsky-Korsakov’s brilliant Capriccio espagnol, Op. 34, Friday, Feb. 7 at noon in Meymandi Concert Hall in downtown Raleigh as part of its 2013/14 Friday Favorites Series, and Saturday, Feb. 8 at 7:30 p.m., in Memorial Hall on the campus of the University of North Carolina at Chapel Hill as part of its 2013/14 Chapel Hill Classical Series.

Scholar Richard Rodda writes, “Rimsky-Korsakov’s principal project during the summer of 1887 was the orchestration of the opera Prince Igor by his compatriot Alexander Borodin, who had died the preceding winter. Rimsky installed himself at Nikolskoe on the shore of Lake Nelai in a rented villa, and made good progress with the opera, one of many completions and revisions he undertook of the music of his fellow Russian composers. Things went well enough that he felt able to interrupt this project for several weeks to work on his piece on Spanish themes, originally intended for solo violin and orchestra but which he re-cast for full orchestra as the brilliant Capriccio espagnol.”

The orchestra will also perform Borodin’s Symphony No. 2 in B minor, Tchaikovsky’s Marche slave, Op. 31 (Feb. 8 performance only), and Koussevitzky’s Concerto in F-Sharp minor for Bass and Orchestra, Op. 3, featuring North Carolina Symphony Principal Bass Leonid Finkelshteyn.  The concerts are in partnership with the North Carolina Museum of History’s Tsars’ Cabinet exhibition.

Other artistic pursuits have included tours with the Chicago Symphony, the New York Philharmonic and the Philharmonia Hungarica. Recently, he appeared with the All-Star Orchestra under the direction of Gerard Schwarz as part of a series of programs for PBS. A committed teacher, Mr. Finkelshteyn has given masterclasses at Yale University and in New York City for students from the Manhattan School of Music and the Mannes College of Music. He is involved within his community as well, leading sectionals for local Youth Philharmonic Orchestras and the North Carolina All-State Orchestra.  A native of Leningrad in the former Soviet Union, Mr. Finkelshteyn joined the Symphony Orchestra of the Leningrad Philharmonic at only 19 years of age, while still a student at the Leningrad Conservatory from which he earned a M.M., graduating with honors.

In addition to stellar performances, North Carolina Symphony concertgoers can enjoy pre-concert talks, post-concert discussions, and “Meet the Artists,” which feature interactive conversations with guest artists and select orchestra members, at many Symphony events.  Before the Friday, Feb. 7 performance in Raleigh, Dr. Jeanne Marie Warzeski of the North Carolina Museum of History will give a pre-concert talk at 11 a.m. in the Swalin Lobby of Meymandi Concert Hall.  Before the Chapel Hill performance on Feb. 8, an Evening Overtures program will take place at 6:30 p.m. in Gerrard Hall, adjacent to Memorial Hall.  With chamber music performances and discussions, Evening Overtures allows for a deeper exploration of the music.

For the Chapel Hill performance, the Symphony provides a free shuttle service from two locations:

Partners for the 2013/14 Raleigh Friday Favorites Series include Blue Cross Blue Shield of North Carolina, SearStone, and The Cypress of Raleigh.

Partners for the 2013/14 Chapel Hill Series include Carol Woods Retirement Community, Harrington Bank, and The Businesses of Market Street, Southern Village.  Generous support for Evening Overtures has been provided by the Hulka Ensemble and Chamber Music Programs Fund of the North Carolina Symphony.