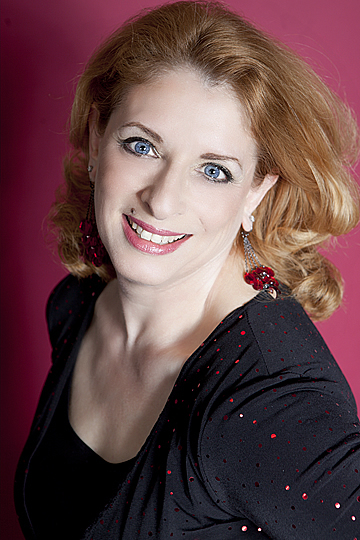 The Mallarmé Chamber Players will be presenting the Triangle's own cabaret singer, Ellen Ciompi, who will entertain with a program of art songs from the 1930s through the ‘60s presented in a cabaret style. Mrs. Ciompi will be joined by keyboardist Glenn Mehrbach, bassist Robbie Link and clarinetist Fred Jacobowitz to present Weill and Wilder Songbook on Sunday, September 15th, at 3:00 pm at the Front Room at the Cookery in Durham.

Although “Mack the Knife” is perhaps the best-known song that composer Kurt Weill wrote, there are an enormous amount of entertaining, witty songs written by Weill both before and after he emigrated from Germany to the United States. Mrs. Ciompi will sing a variety of his songs including “Pirate Jenny” (lyrics by Bertolt Brecht from The Threepenny Opera) and “Tschaikowsky and Other Russians,” first sang by Danny Kaye in 1941 with lyrics by Ira Gershwin.

American composer Alec Wilder, who was known mostly for several popular songs he wrote in the 1940s like “I’ll Be Around,” effectively bridged the worlds of classical and popular music by also writing successful operas, ballets, movie-music and instrumental works. Clarinetist Fred Jacobowitz and pianist Glenn Mehrbach will present his jazz-infused Sonata for Clarinet and Piano from 1963 on the program. Mrs. Ciompi will also sing songs by Wilder, written for and first performed by artists like Frank Sinatra, Mabel Mercer, Peggy Lee and Tony Bennett.

The Front Room at the Cookery in Durham will serve as the perfect backdrop for this cabaret-style concert. Concert-goers are invited to a post-performance reception with champagne and birthday cake from Details Cake Design to celebrate the start of Mallarmé’s 30th concert season!

Season subscription flex packages are also on sale through Sunday, September 15; individual tickets for all 2013-14 series concerts are available throughout the season by either calling the Mallarmé office at 919/560-2788 or ordering online at www.mallarmemusic.org/concerts.html. Full details for ordering tickets can be found on Mallarmé Chamber Players’ website: www.mallarmemusic.org.

PROGRAM
Kurt Weill:
"I'm a Stranger Here Myself"
"Pirate Jenny"
"Youkali Tango"
"Nanna's Lied"
"It Never Was You"
"Tchaikowsky and Other Russians"
"September Song"
"That's Him”
"The Song of the Soldier's Wife”
"How Much I Love You”

Alec Wilder:
"Lovers & Losers"
"I'll Be Around"
"I See It Now"
"Blackberry Winter"
"Walk Pretty"
"Did You Ever Cross Over to Sneden's?"
"Trouble Is a Man"

Mallarmé annually presents a series of five concerts that features great, diverse, and multidisciplinary chamber music. Mallarmé performs everything from Bach with period instruments to brand new works. In this past year alone, Mallarmé has presented two world premières by composers Gwyneth Walker and Katrina Wreede. In 2010, Mallarmé released a cd on Albany/Videmus records of chamber music by African American composers to great acclaim.

Mallarmé is a nonprofit, tax-exempt, 501(c)(3) organization. The 2013-14 concert season is made possible in part by grants from the Durham Arts Council’s Annual Arts Fund, the North Carolina Arts Council and Target.