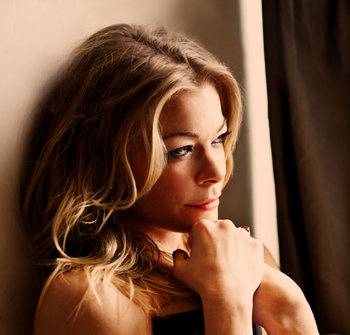 Two-time Grammy-Award winner LeAnn Rimes joins Resident Conductor William Henry Curry and the North Carolina Symphony for one show only on Thursday, May 30, at 7:30 p.m. at Meymandi Concert Hall in downtown Raleigh.  The singer has been a star since the age of 13, when her 1996 breakthrough hit “Blue” pushed to the Top 10 on country charts. Her hits include “How Do I Live” and “Can’t Fight the Moonlight,” among many others.

LeAnn Rimes has sold more than 40 million albums, won two Grammy Awards, three Academy of Country Music Awards and 12 Billboard Music Awards.  She is the youngest recipient of a Grammy Award, and was also the first country recording artist to win in the “Best New Artist” category. Rimes has placed 42 singles on the Billboard Hot Country Songs chart, 13 of which are top-10 hits, and has scored numerous hit singles in her career, including “Can’t Fight the Moonlight” which went #1 in 11 countries, and “How Do I Live,” which  is the second longest charting song ever on the Billboard  Hot 100 chart.

Having released more than ten studio albums, three compilation albums and two greatest hits albums in her illustrious career, Rimes sets her sights on releasing her most personal album yet, Spitfire, in spring 2013. Her first single from the new album, “Borrowed,” is available now via iTunes. Another track off the album, “What Have I Done,” has also been released on iTunes as well.  Rimes is also an accomplished actress and author of two children’s books, “Jag” and “Jag’s New Friend,” as well as the novel, “Holiday in Your Heart.”

Founded in 1932, the North Carolina Symphony performs over 175 concerts annually to adults and school children in more than 50 North Carolina counties. An entity of the North Carolina Department of Cultural Resources, the orchestra employs 65 professional musicians, under the artistic leadership of Music Director and Conductor Grant Llewellyn, and Resident Conductor William Henry Curry.