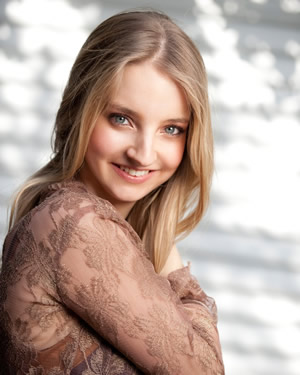 The performances take place on Thursday, Jan. 24, at 8 p.m., in Lee Auditorium in Southern Pines, and on Friday, Jan 25, and Saturday, Jan. 26, at 8 p.m., in downtown Raleigh’s Meymandi Concert Hall at the Progress Energy Center for the Performing Arts.

Scholar Dr. Richard E. Rodda relates that Beethoven’s Symphony No. 4 was commissioned by Hungarian Count Franz von Oppersdorf, “a moneyed aristocrat who placed such importance on his household musical establishment that he would not hire a servant unable to play an instrument.”  Beethoven finished the new B-flat Symphony in October, 1806.

One of the most dynamic young conductors in America, Mei-Ann Chen has recently completed her first season as Music Director of the Memphis Symphony Orchestra. During this time, the impact of her energy, enthusiasm and high level of music-making has already been felt by the orchestra, audiences and entire community. In July of 2011, she also assumed the music directorship of the Chicago Sinfonietta, only the second person in the orchestra's history to hold this position.

French pianist Lise de la Salle has emerged as one of the most acclaimed artists of her generation, praised for inspired performances of virtuosity and depth. The Washington Post wrote, "For much of the concert, the audience had to remember to breathe...the exhilaration didn't let up for a second until her hands came off the keyboard." Ms. de la Salle began playing piano at the age of four and gave her first concert at nine in a live broadcast on Radio-France.

In addition to stellar performances, North Carolina Symphony concertgoers can enjoy pre-concert talks and “Meet the Artists,” which feature interactive conversations with guest artists and select orchestra members, at many Symphony events. For the Southern Pines performance on Jan. 24, Timothy Haley, of Sandhills Community College, will conduct a pre-concert talk in the Pinecrest High School band room at 7 p.m.  For the Raleigh performances, Catherine Brand will host a “Meet the Artists” session Friday, Jan. 25, at 6:30 p.m. in Swalin Lobby at Duke Energy Center for the Performing Arts.  Randolph Foy, of N.C. State University, will give a pre-concert talk on Saturday, Jan. 26, at 7 p.m. in Swalin Lobby.  There will be “Ask A Musician” opportunities in front of the stage at intermission in Southern Pines, and in the lobbies at intermission at the Raleigh performances.

Meymandi Concert Hall is located in the Progress Energy Center for the Performing Arts, 2 E. South St., in Raleigh.  Lee Auditorium is located at 100 Pinecrest School Road, on the campus of Pinecrest High School in Southern Pines.

Partners for the 2012/13 Southern Pines Series include Pinehurst Auto Mall, Quail Haven Village, and St. Joseph of the Pines.