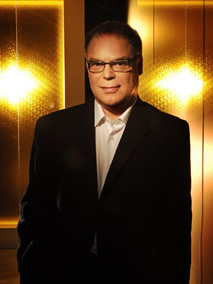 The North Carolina Symphony demonstrated its versatility by presenting a New Years’ Eve program considerably different than the various evenings I have attended over recent years, which generally featured the presence of the principal Music Director of the orchestra, as well as various visiting soloists, lending the affairs a gala flavor. Presiding for the 2012 version was conductor and arranger Jeff Tyzik, a very youthful sixty (b. 1952), who was recently named the principal pops conductor of the Detroit Symphony Orchestra. The first half of the evening, prior to intermission, was devoted to the swing music of the big band era, certainly the largest dose of popular music for any program I have heard the orchestra perform, and one wonders what the choice of this particular repertoire says about the age and demographics of the audience for the NCS, since if you were of drinking age when Glenn Miller’s plane disappeared over the English Channel in 1944, that means you will be turning 90 in the coming year.

All of the well-chosen numbers for the swing half were arranged by Tyzik, who took advantage of the fabulous winds of the NCS for a rich sound that at the same time did not stray so far from the brass and reeds of the original big bands. “It Don’t Mean a Thing if It Ain’t Got That Swing,” by Ellington, got the evening off to a rousing start, with standout solos from the piano (Karl Moraski) and alto sax (Gregg Gelb). Gelb turned up the energy immediately, with the first of a series of burning solos enlivening the evening. It is also important to highlight the fine work at the drum-set by visiting drummer Dave Mancini, who propelled the NCS as it swung. Tyzik was charming and informative in introducing each of the arrangements, with just the right tone. He is a true fan, and one knows how to share his enthusiasm and knowledge without going over the top. He let the listeners know, for example, that the arrangement of the evergreen “Satin Doll” was not going to be what they might be expecting (a simple standard), but rather that they would hear the sophisticated voice-leading and chromatic harmonies of the Ellington chart. Particularly welcome were a couple of little-known gems – the arrangement of the “Song of the Volga Boatman” by Finegan (I suppose this must date to the days when the Red Army was driving the Nazis back westward), and the “St. Louis Blues March," an arrangement for the Miller band of the W.C. Handy original. The half closed with “Sing, Sing, Sing” with a virtuoso solo from drummer Mancini.

The second half began with four highly familiar numbers from the light-classical repertoire – the "Thunder and Lightning" Polka, Op. 324, of Strauss, Junior (full of distant rumbling from the timpani, and crashes from the cymbals), the Radetzky March, Op. 288, of Strauss, Senior (now a necessary part of all New Year’s Concerts), the "Dance of the Comedians" of Smetana, and finally, the "Blue Danube" of Strauss, Junior. Here Tyzik was aiming for an admirable flexibility of rhythm, though I had the sensation that the players were not always in unanimity with his baton.

The evening ended with a Glenn Miller medley, which, I must confess, was warmly welcomed by the listeners near me, who were audibly humming along and tapping out the rhythms. Tyzik returned to help the audience sing “Auld Lang Syne,” and the listeners made their way out to their later celebrations well before 10 PM.