North Carolina Symphony: Bolero, Among Others 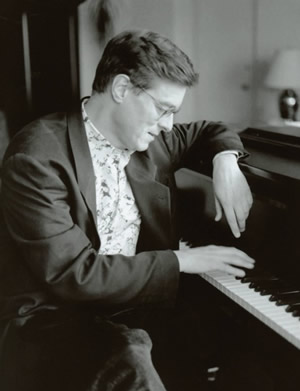 Grant Llewellyn has the highly admirable quality of often constructing the programs of the North Carolina Symphony around a discernible theme. Clearly, the audience-grabber for this diverse program at the Meymandi Hall of the Progress Energy Center was the Ravel mega-hit, Bolero, and one could invent a variety of themes that would refer to the various aspects of this well-known work – ostinati, Spanish music, music with an Arab tinge, ballet, and so on and so forth. Instead, Llewellyn’s theme was perhaps the one thing that is lacking in Bolero – caprice.

The evening opened with a highly attractive and little-known work by Dvořák, the Scherzo Capriccioso, Op. 66, in which the middle-European character of the waltz was predominant, although the piece begins with a portentous horn call. The piece was so delightful (and so idiomatically directed by Llewellyn) that this listener began to wonder which of Dvořák’s similarly unknown operas might be effectively rendered in concert by the NCS. An especial highlight was the lovely English horn solo by Michael Schultz.

Peter Serkin joined the orchestra for the Bartók Piano Concerto No. 3, from the very end of the composer’s life, in 1945. Though Bartók is firmly part of the repertoire, this piece is far from a crowd-pleaser, with a style far from that which reviewers love to refer to as “muscular pianism,” and much closer to being delicate and difficult throughout – few if any luscious chords, no thundering octaves, the epitome of this characteristic being the second movement, with hushed strings accompanying frozen, almost immobile writing for the piano. Serkin (so young-looking that one can scarcely believe that he is 65) played expressively, and the final flourish of the third movement drew an astonished shout from the audience member behind me.

After intermission, we heard two relatively obscure Stravinsky works, the Ragtime for eleven instruments from 1918, and the Capriccio for piano and orchestra (1929). The Ragtime is a forgettable piece of fluff that extracts all the tedium from the repetitive rhythms of the genre, with none of the charm. The Capriccio, on the other hand, is a substantial piece which was intended as a concert vehicle for the composer, who premiered the work, and is firmly in the neo-classical style (with very little writing for the full orchestra, which may make it easier to rehearse). Like the Bartók, it is not in the finger busting virtuoso category, but surprisingly is not a part of the repertoire (though to my ears it was a stronger work, at least in Serkin’s hands). Serkin played from score, since I would imagine there’s not much call for the piece. Making the transition from all the novelties to the warhorse was Debussy’s own arrangement of his piano piece “La plus que lente.”

Finally, the “moment we all were waiting for”….

The over-familiarity of the Ravel Bolero has an impact, and not a good one, on live performances. A work which already is repetitive becomes more so when it can be heard at any moment on recordings, rather than having to live in performance, and unlike most of the repertoire, the piece begins with a string of accompanied solos for the members of the winds, who have little to gain from a flawless reading, and everything to lose if they choke (as at least one of the winds did – I won’t reveal which). Among the soloists who stood out with more expression and character were the tenor saxophone and soprano saxophone who played so well that it made you wonder why they have still not been incorporated by composers into the regular wind section for the full orchestra. The gradual increase of the dynamics made their effect, but there were moments when the combined rhythms did not seem organic, like a pulsing organism, something fatal to the necessary sense of inexorability for the work. The audience responded with a loud ovation, of course, but to my ears the rewards for the discerning listeners had come earlier.