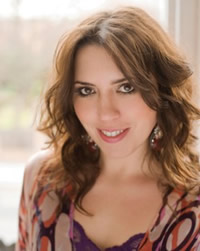 The North Carolina Symphony, under Music Director Grant Llewellyn, opened its 80th anniversary season with this series of concerts (at Southern Pines on September 13, and at the Meymandi Hall of Progress Energy Center on September 14 and 15). Unlike many of the programs from the 79th season, which focused on a single concept, this one combined two trajectories: beginning a series of early Haydn symphonies and exploring the combination of improvisation and classical composition.

The Haydn Symphony no. 6 in D (“Le Matin”) is a very early work, from 1761, when the composer was not yet thirty (and when his Viennese symphonist contemporary, Mozart, had just turned five). This means that it represents a repertory and style rarely heard from modern symphony orchestras, including the NCS, and significantly different in its demands even from later Haydn symphonies, with a closer resemblance to concerted symphonies (sinfonie concertanti), where many of the individual players have prominent solos, but closely integrated to the musical flow. For example, the flute has much more to do, and more important material, than in many later works, but so do the concertmaster, the cello soloist, and even the double bass. Lllewellyn led a reduced band of players in a reading that was bright, quick, clean, and clear – all the solos told, and the performance was well-received by attenders, even though the work can hardly be familiar to most.

The main attraction for the evening was the famous Rhapsody on a Theme of Paganini, op. 43 by Rachmaninoff, featuring piano soloist Gabriela Montero. Rachmaninoff’s oeuvre has a somewhat odd position in the concert repertoire, with only the works with piano and orchestra really holding a place (unlike his contemporary compatriot Stravinsky, where virtually all of the catalogue is regularly heard). Rachmaninoff’s idiom is also rather retrospective, still exploring the tonal possibilities of late 19th-century romanticism. That said, the Rhapsody certainly deserves its place, making full use of all the expressive possibilities of the grand piano and the full orchestra, and particularly so with a soloist of the caliber of Gabriela Montero. From the opening notes, it was clear that Montero is a past-master of her instrument, with a relaxed and supremely communicative touch. Particularly evocative was her slow solo passage towards the end of the work, in which the symphonic breadth of Montero’s playing and tone was evident. She fully merited the enthusiastic ovation that greeted the performance. To my ears, this may have been the finest concerted piano that I have heard in all the seasons that I have heard from the NCS.

The printed program called for the Gershwin variations on “I Got Rhythm” after the interval, but instead Montero offered a set of improvisations for solo piano, something that she is famous for in the classical music world. First, she presented an improvisation on the theme from the Rachmaninoff (in a rather French vein, with Debussian harmonies), and next, an interpretation of “I Got Rhythm” in what I would call a “stride piano” style. As usual, she then called for a theme from the audience. A bold soul sang a Broadway tune, which Montero – I think correctly – noted that the rest of the audience did not know and asked for another tune. A second bold soul asked for “What the World Needs Now”, which, of course, the audience did know, but which Montero did not. After most of the audience sang it for her, she gamely produced an improvisation in an even, more retrospective style. What she does, she does well. However, one must wonder why the musical world that is present in her improvisations ranges only from about 1880 to 1920. It is as if virtually the entire sound world of the last hundred years simply does not exist for her, whether classical, jazz or popular music of any variety (something emphasized by her ignorance of the Bachrach/David classic known to all of her listeners). In presenting her improvisations to large and informed concert audiences, she should expect to be judged according to standards used for both fully shaped, completed compositions, and by those used for improvisations. On both scores, she declines to compete, since what she offers is neither original in terms of composition, nor in terms of musical style, with the result a potpourri of harmonies and effects heard many times before. As a re-creative performer (as in the Paganini Rhapsody) Montero is world-class; as a creator, she cannot compete with those creative figures who continually reinvent their musical approaches.

Closing the evening was Ravel’s Suite No. 2 from Daphnis et Chloé, a true masterpiece with especially prominent and difficult works for the woodwinds, particularly the flute sections, which were treated almost as a single “superflute” with gestures that spanned the whole range and descended into what must be one of the most striking moments for the solo alto flute. This is a piece in which the modern orchestra must really show its mettle; North Carolina once more had a demonstration of what a treasure they can boast in Grant Llewellyn and his first-rate ensemble.

May the 80th anniversary season bring many more such gems.