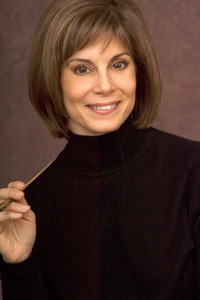 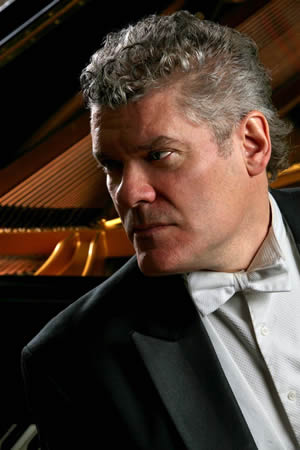 Here we are, Thursday night, one week before the frantic exchange of addresses and tearful farewells; a swell Lexus parked on the sidewalk in front of Dana Auditorium on the Guilford College campus; inside, a prematurely crowded lobby, in the stairwell five young musicians in black, playing bassoons (one a contra-bassoon), giving a preview of what was to be the hit of the evening, the "Sorcerer’s Apprentice" by Paul Dukas. Looking down, I listen for a few minutes to augmented chords, as lugubrious in that low register as they will be shimmering in the upper strings with flute accents – great players, those guys.

In the balcony we look down on a small audience, a bit more than half a house, I guess. Come Saturday, with Dr. JoAnn Falletta again conducting, the house will be packed for the concert with the Eastern Music Festival (read “Faculty”) Orchestra. (I’ll be back for that!)  On stage a piccolo is desperately practicing the Britten fugue while a horn tries some of the world’s most famous solos – Strauss, Ravel, Brahms, Wagner – with mixed success. Dim lights, a message from our sponsors, gentle applause for our Concertmaster, Ka Mei Poon (19, from Hong Kong), three “A”s and silence…

Maestra Falletta enters briskly and gestures the large orchestra to rise to acknowledge the applause. Petite, slender and very energetic, her gestures are all business – no, that’s wrong – the gestures are all music, clear, decisive and perfectly in place, with no frill to tickle the front row… although in certain tempos (about 80 M.M.) she sometimes does a rhythmic shift of her weight from one leg to the other, tilting her hips left and right – the “Falletta-dance.” Once the musicians seated, she turns her back on the audience and gives a very large upbeat which brings in the entire ensemble of 70 fine young musicians, 14 to 22 years old.

Benjamin Britten (1913-1976) is one of Great Britain’s finest composers with an astonishing breadth of repertory, from opera to oratorio, sonata to symphony. According to Steve Ledbetter’s program notes, the "Young Persons’ Guide to the Orchestra," Op. 34, began as a film score to a documentary on the instruments of the orchestra, with narration. When it is played without narration, it is usually called Variations and Fugue on a Theme of Purcell, whose music Britten studied and admired. The original Purcell theme is heard at the beginning and at the tail end of the fugue, in a broad 2/2 over the rest of the orchestra playing agitatedly in 3/4. This was very well played, with the brass ensemble moments standing out for their homogeneous and well-balanced tone.

After a resetting of the stage – the concert grand Steinway to center stage, tucking most of the podium under its belly – the orchestra returned, retuned and welcomed William Wolfram, a towering pianist, literally and figuratively, for the Franz Liszt (1811-1886) Piano Concerto No. 1 in E-flat. Heard less often now than a generation ago, this familiar chestnut is full of heart-warming moments. Wolfram was phenomenal – clear, piquant, and bold. The many orchestra solos were also well done – clarinet, violin, flute and the signature triangle, so delicate as to be almost inaudible in the balcony.

After intermission we were treated to two orchestral tone poems, one French, the other German: L’Apprenti sorcier by Paul Dukas (1865-1935) and the Suite from Der Rosenkavalier, Op. 59, by Richard Strauss (1864-1949). In both we heard the best playing of the evening. Whereas the Strauss is a 22-minute adaptation of many highlights of an opera over three hours long and suffers therefore from lack of continuity, the Dukas is a concise and self-contained piece of 12 minutes.

Bassoons (and later, contra-bassoon) were great in their unison lines on the principal theme of the rondo of the "Sorcerer's Apprentice," and the mallet playing sparkled. Later, in the Strauss, there were some excellent trumpet solos, and a “to-die-for” duet between Sophie (concertmistress Ka Mei Poon) and Octavian (principal oboe, Lindsey Reymore, 22 from Stuart, FL).

Audiences in the Piedmont Triad – time is running out - one more week of fabulous concerts!