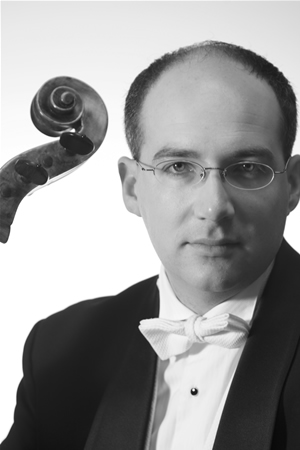 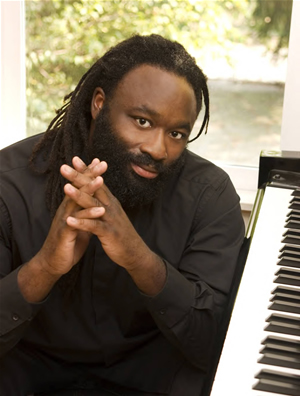 Monday night’s chamber music concert brought various guest artists and Eastern Music Festival faculty together for impressive performances of four works that spanned both the familiar and the obscure. Everyone, however, knew the composers: Beethoven, Rossini, Debussy, and Mendelssohn.

Beethoven’s five cello sonatas were written throughout his life, from his early period to the beginning of his late style. On tap for this concert was one of the late ones, Sonata No. 4 in C Major, Op. 102, No. 1, written in 1815. Guest artist Mark Kosower (cello) and EMF pianist Diane Walsh gave a loving and strong performance of this dramatic and lovely composition.

One of the characteristics of Beethoven’s late works is his creative use of traditional forms for his own expressive purposes. In this composition, one can see that there are really two fast movements, each preceded by a slow section, which provides both contrast in mood, lyricism and emotional depth. The opening Andante, for example, offered a canvas upon which Kosower displayed exquisite tonal color with Walsh and proved to be a sensitive collaborative in this soulful outpouring.

The Allegro vivace is in a minor key and primarily dramatic in nature. Unison lines, perfectly in synch between piano and cello, alternate with melodies that are traded back and forth between the two instruments. The Adagio that comes before the last movement quotes motives from the opening and moves from the minor mode back to the major. The final Allegro vivace is full of good humor, and both Kosower and Walsh seemed to have a lot of fun. I could have asked for more extroverted playing from the piano, but part of the problem is the instrument that is housed on the Recital Hall stage — the tone and action are not really up to Steinway standards.

Gioachino Rossini is known as an opera composer, of course, but he also wrote a handful of instrumental works, including this most interesting Duetto in D for cello and double bass.  What an interesting combo — two low strings! EMF principal bassist Leonid Finkelshteyn joined Kosower.

This three-movement work, in a fast-slow-fast arrangement, was really enjoyable. The cello often had the tune, but in the first movement, the double bass equally shared the spotlight. The central section of the middle movement featured pizzicato playing from the double bass, over which a soulful cello line “soared.” The final movement began with the double bass as the accompanying instrument, with Kosower providing the folk-tune on top; later the roles were reversed. Both Kosower and Finkelshteyn demonstrated great artistry in this salon piece, bringing out as much lyricism, drama, and humor as they could find.

Debussy had intended to write six sonatas for unusual instrumental combinations in the last years of his life, but he completed only three including the Sonata for flute, viola, and harp, performed by principal EMF flutist Les Roettges, assistant principal violist Meredith Crawford, and principal harpist Anna Kate Mackle.

This three-movement work is a virtual testament to French impressionism; the goal is to hint rather than state, to imply rather than declare, to offer color instead of harmonic progression. Thus themes are more like wisps of notes, and the music sounds improvisational and spontaneous. Intonation and ensemble, then, are crucial for a convincing performance.

These three musicians fit the bill perfectly. Each matched the others in terms of nuance and flow. The changing colors and textures available between these three is rather astounding — sometimes the harp and viola offered plucked sounds with the flute providing a melody, other times the viola would offer a muted color, or a harmonic from the harp would add a special effect. The overall effect in this performance was marvelous.

The evening closed with Mendelssohn’s Piano Trio No. 2 in C minor, Op. 66, with guest artists Kosower, violinist Elmar Oliveira (who gave a show-stopping performance of Dvořák’s Violin Concerto over the weekend) and pianist Awadagin Pratt (who will appear in a performance of Gershwin’s "Rhapsody in Blue" Thursday night). Those who think that Mendelssohn’s music suffers from lack of passion or profundity should have heard this fervent performance. All three musicians were deeply committed to emotional depth.

The first movement contained wonderful, dramatic climaxes that approached the ecstatic. The slow second movement is an essay on a beautiful melody that Mendelssohn generously divvies up between all three instruments. The Scherzo had the three musicians’ fingers flying all over the place as they took the Molto allegro at breakneck speed. The finale features a hymn-like theme that sounds like something familiar, but not quite.

Throughout the half-hour composition, communication between the three musicians was excellent, and balance was, for the most part, good, although one could have asked for a more assertive cello presence. Pratt’s sense of rhythm is interesting — creative and flexible, but also maybe inconsistent. Despite these quibbles, the emotional span of the Trio was superb and the audience rewarded the musicians with a well-deserved standing ovation.