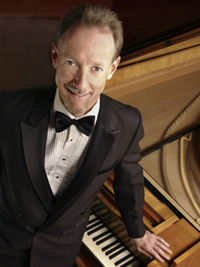 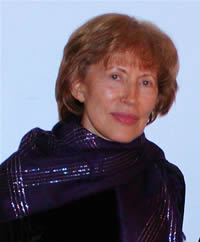 For pianists, piano teachers, and piano music enthusiasts, it's far and away the biggest deal in North Carolina. UNCG's Focus on Piano Literature has, since 1990, drawn all of the above to Greensboro for in-depth study of one or sometimes several kindred keyboard composers (or schools thereof). This year's edition, which focused on the music of Gabriel Fauré, brought music lovers from as far north as Ontario and as far south as Florida, from points in between, up and down the coast, and from states to the west. The series was launched under the leadership of John Salmon; this edition and the previous four have been curated by Andrew Willis.

These programs provide exhaustive - and sometimes exhausting! - examinations, not only of the music but also of concurrent developments in visual art and literature, too, since the arts are basically inseparable. Thus for this Focus, there were presentations on the first afternoon on Fauré's harmonic language that set the stage, literally and figuratively, for much of what was to come as attendees immersed themselves in his surprisingly complex scores, the ensuing performances of which took on often new and sometimes unexpected lives of their own, thanks to the careful preparation we'd received from the presenting scholars and artist-teachers. Some of these things veered dangerously close to classic form-and-analysis classes, those banes of underclasspersons that many will recall were used to separate sheep from musical goats….

But significantly, this Focus on Fauré began with just a little talk and then a welcome dose of music - and chamber music at that, as opposed to pure solo piano music. The opener was the very late Piano Trio in D Minor, Op. 120, nicely realized by pianist Chris Steele, violinist Julianne Odahowski Steele, and cellist Brian Carter. There followed a mini-recital of relatively unfamiliar songs by Fauré, introduced and accompanied by James Douglass; the singers were UNCG student sopranos Joann Martinson and Kristen Gobetz and tenor Nicholas del Prince and senior vocal faculty member Robert Wells, baritone. Vocalists and vocal music enthusiasts know many of these songs reasonably well, thanks to recordings, but it is true that they are not often performed in song recitals - and never mind that there seem to be fewer and fewer of those programs nowadays.

It might be worth mentioning that a lot of the music seemed unfamiliar to many of the attendees, perhaps reflecting programming biases in favor of Debussy and Ravel or perhaps against French music in general. For this reason, this edition of Focus was for lots of us even more revelatory than others, in previous years.

And there are more reasons some of this music is rarely heard. Much of it is difficult, requiring high levels of technical accomplishment plus interpretive savvy and understanding that can take years to develop. So the afternoon's first presentation that delved into technical matters was at once challenging and, retrospectively, essential for enhanced appreciation of what was yet to come. This examination of the composer's harmonic language was given by Adam Ricci (UNCG).

The first day then ended with an all-Fauré concert that set all kinds of high standards for keen and intense artistry. The program started with three Nocturnes and two Impromptus, played with consummate skill and understanding by John Salmon, a master of all kinds of music in all imaginable genres. Joseph Di Piazza came next, breathing new life and not a little salt air into two of the glorious Barcarolles and then enriching his audience with two sections of the Requiem, the sublime choral work that may arguably be one of Fauré's most popular scores. The transcriptions were by Ėmile Naoumoff, and they proved to be exceptional in terms of the clarity of the vocal lines. It was enough to provide a glimpse of a superb aspect of the composer's skill, to be sure. And then, following the intermission, violinist Marjorie Bagley and pianist Andrew Willis brought their artistic wizardry to bear on the Sonata No. 2, in E Minor, Op. 102, the deeply-hued radiance of which sent the crowd off happily into the night.

Sometimes you think things can't get any better but more surprise and delight come with the following day's dawn. That was the case with this year's Focus as day two brought a program of immense proportions and virtually non-stop musical pleasure. The concert was in fact a reconstruction of an all-Fauré evening given in 1906 by artists including, among others, the composer himself, the distinguished violinist (and composer) André Caplet, and Fauré's star piano student, Marguerite Long. This concert, given un UNCG's Recital Hall, encompassed the Piano Quintet No. 1 in D Minor, Op. 89, with James Douglass at the keyboard, partnered by violinists Fabián López and Jacqui Carrasco, violist Margarita Vargas-Machuca, and cellist Evan Richey. Andrew Willis then delivered the Thème et variations in C Sharp Minor, Op. 73, one of the true gems of the literature, giving it an interpretation for the ages, to be sure. And before the intermission there was also a radiant reading of La bonne chanson, Op. 61, the big set of nine songs to poems by Verlaine, sung by tenor Jeffrey Price and richly enhanced by pianist Paul Stewart. That would have been enough, thank you, for any normal program nowadays, but there was more: Willis returned to play the Nocturne No. 6 in D Flat, Op. 63; Joseph Di Piazza encored the third Barcarolle from the previous evening's concert; and the concert ended with the first Violin Sonata (in A Major, Op. 12), rendered by López and pianist Inara Zandmane.

The program might have been short by Beethovenian standards but it was by any other measure a staggeringly generous offering of musical riches that shed oodles of light on the composer of the week. There were admirable tone and ensemble in the opening work, dazzling keyboard wizardry at the service of the art of music in the first solo work, and magic at nearly every turn in the songs - indeed, the partnership of Price and Stewart may well have been the highlight of the evening, if not the entire weekend, so perfectly in tune was each artist with the other. Yet there was nothing in the least downhill in part two - the complex Nocturne (we were to rediscover the complexity of much of Fauré's music during this Focus) proved eye- and ear-opening as Willis played it, the chance to re-hear the third Barcarolle was most welcome, and the Sonata could hardly have been given with greater insight than López and Zandmane brought to it.

We'd been primed for some of this during the informative daytime sessions, of course - sessions that regulars at Focus have come to realize are as important in their own insightful ways as the concerts. On June 1 these involved presentations by Carlo Caballero (University of Colorado) on Fauré as an improviser (which brought to mind a comparably revelatory presentation by John Salmon at a long-ago Focus on Beethoven), a visually and intellectually dazzling talk by K. Porter Aichele (Professor Emerita, UNCG) on the visual art that ran in close parallel to the composer's growth and development, and an equally rewarding overview of then-contemporary French literature by Anthony Cuda (UNCG). Along the way, too, there was a remarkable master class by Monique Duphil (Oberlin), the astonishing guest artist whose heritage goes back to Marguerite Long and thence directly to Fauré himself - a once-removed line of succession that could easily take one's breath way. For the master class she worked with pianists Cicilia Yudha, Sally Renée Todd, and André Duvall, who performed - under some pressure, to be sure - a total of eight additional pieces by Fauré, enriching still more the all-encompassing program that Focus again provided. Last but hardly least, pianist Richard Shuster (Texas Woman's University) gave a presentation on the Nocturnes, playing six of them while significantly enhancing his listeners' awareness and appreciation of the magic Fauré wrought in them across a 46-year period, starting around 1875. Stunning.

That long program, combined with a relatively early Sunday morning start (at 8:30 a.m.) resulted in some conference attendees being missing in action for the first sessions of the final day, but eventually all hands were accounted for (as we used to say in the Navy). The opening concurrent sessions were remarkable. One was given by André Lash, ostensibly on Fauré's organ music (of which there is none, aside from incidental sections of works involving other forces); in fact, the composer had a long and apparently happy relationship with the organ as a church musician, principally at La Madeleine, so it is surprising (when one ponders it) that nothing for solo organ exists. That said, however, his influence in other composers was strong, and Lash showed how music by people like Roger-Ducasse (1873-1954) may echo what Fauré's organ works would have resembled.

The concurrent presentation by Andrew Willis centered on piano recordings by Germaine Thyssens-Valentin (1902-87), reissued a decade ago on Testament. She is an artist who, like Duphil, is part of the grand French piano music tradition, now kept alive by a dwindling handful of players whose interpretations we music lovers would do well to study and cherish. Another talk by Carlo Caballero, this time on the Barcarolles, brought the morning sessions to a close.

After lunch a panel discussion with questions from the audience capped the earlier presentations and elicited still more insightful conversation. Ken Johansen (Peabody) then illuminated several of the Short Pieces, Op. 84, and the Préludes, Op. 103, before Paul Stewart wrapped up these presentations with performances by students of three short solo works and then all of the Dolly Suite, Op. 56, for piano duet. These served three concurrent functions - still more Fauré was brought forward, the young artists - 15 of 'em, prepared by nine of our best teachers* - had an opportunity to show their not-inconsiderable skills, and everyone within ear-shot was reminded that the traditions and music we had heard celebrated will live on in the fingers and hands of the next generation of keyboard artists.

Oh, and then there was the final program, involving Mme. Duphil - with Andrew Willis as her partner in the Ballade, Op. 19, and, in the grand finale, violinist Marjorie Bagley, violist Scott Rawls, and cellist Alexander Ezerman joining in for what is arguably the prize of all the chamber music prizes, the Piano Quartet No. 1 in C Minor, Op. 15. In between, Duphil departed slightly from the printed program to play the second Nocturne, which led into the third Barcarolle, which led back to a repeat of the entire second Nocturne, capped by the fifth Impromptu. This solo group was all sort of impromptu and improvisatory, too, for that matter, but as one of the senior faculty artists said, we would have been happy to have heard her play anything she wanted, for as long as she likes (or words to that effect). We don’t have phonograph records by Fauré of these works, but hearing Duphil play, we can imagine….

The Ballade was breath-taking in every respect, and the convivial partnership projected by Willis was amazing to behold. As for the Piano Quartet, well, let's simply say it's probably a life-long favorite of most Fauré fans, and no one can possibly have been the slightest bit disappointed. The members of the audience came to their feet, showering the players with wave after wave of enthusiastic and affectionate applause.

We will await with some impatience the announcement of the subject of Focus on Piano for 2014. Stay tuned!

*These are the students (and their teachers):

Dolly Suite - one movement per group:

Editor's Note: An earlier edition of part one of this overview appeared in these pages from June 1-2. It has been completely rewritten and expanded here.