Baroque and Beyond Travels Far and Wide 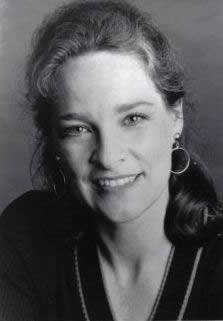 Classical music editors tend to love specialist critics, provided they write well (and of course, all of CVNC's do!), because the skilled scribes who often opt for early music or contemporary music or organ recitals or what-have-you tend to do so because they both know and admire the literature. We are fortunate to have people on our masthead who really love new music and who write cogently about it; likewise the folks who are hip to HIP [historically informed performance] are nice to have hanging around, too, waiting for assignments. But some really good things are also happening hereabouts on the presenters' side that give hope and reassurance for the art of music downstream. Among those good things is the growth of specialist performing ensembles like Chapel Hill's Baroque and Beyond, sponsored by the Preservation Society of Chapel Hill. And what's really good about this group (and others working in parallel universes) is that they are bringing the listening public along with them as they pursue their artistic courses through the musical seas and sounds and estuaries.

In the historic Chapel (1843) of the Chapel of the Cross, a gorgeous building with padding on its traditional Episcopal pews and with acoustics that are virtually devoid of echo, Baroque and Beyond mustered six of our state's finest period instrument practitioners and a soprano who has over the years demonstrated that she can sing anything – new music, old music, and in-between music – better than most other sopranos you can find here. The program was called "Gulliver & Gusto!" It didn't take too long to find out why. (Maybe someday we will editorialize about the naming of programs, a relatively new wrinkle that seems to be driving music marketers to ever-greater extremes of fancy.)

The program encompassed music by Buxtehude, Telemann, Corrette, Bach, and Pergolesi, whose lifetimes stretched from c.1627 to 1795 – a bit beyond the Baroque, to pipe a variation on the ensemble's name. As the matinee concert unfolded, the crowd – the chapel was virtually full – gradually met the artists. Violinist Andrew Bonner, gambist Robbie Link, and harpsichordist (and B&B AD) Beverly Biggs brought a sonata by Buxtehude to vibrant life – no getting re-acclimated to the "old" sound was needed here. We don't hear much of his music, except perhaps in church - the loss is ours. Biggs and Link are widely-known and much admired artists in our milieu. Bonner will be – and is still remembered by many as yet another superior product of Dorothy Kitchen's amazing Duke String School. The music sang and impressed.

So, too, did a little five-movement suite by Telemann, played by Bonner and violinist Leah Peroutka. This was the Gulliver Suite that prompted the program's name. All the little (and big) Gulliverians were represented – Lilliputians, Brobdingnagians, Laputans, Houyhnhnms, and – last hardly least – Yahoos. Who'd have thought that Telemann could be so inventive – or that two gut-stringed fiddles could be used to conjure up so many diverse programmatic sounds?

Corrette's Delights of Solitude is a set of dark and richly-hued multi-movement pieces for cello and basso continuo. The second of these six works featured Barbara Blaker Krumdieck with Link and Biggs in music that is borderline early classical although its form (Allegro, 2 Arias, and Allegro) reflects the older roots of the composer.

After a brief pause, violist Joey O'Donnell joined Bonner and the cellist and harpsichordist for Bach's Trio Sonata in C, S.529, a score penned for organ that lent itself admirably to performance as a chamber work. The violist was fabulous – as impressive, in his own way, as the violist of the Jerusalem Quartet, heard the night before – and the distinctive timbres of the four instruments allowed the music to emerge with a level of clarity probably impossible to discern in a straight organ rendition.

And then came the grand finale, with all six of these outstanding instrumental artists forming the backdrop for soprano Penelope Jensen in Pergolesi's Orfeo cantata. Early music is full of the famous tale of Orfeo and his beloved Eurydice, treated in two of the earliest surviving operas - by Peri and Monteverdi – and of course it's the subject of Gluck's masterwork, which is just about the earliest opera still in most companies' repertories. Everyone knows the story, surely. Jensen sang the tale – two recitatives, two arias – with amazing artistic sensitivity, weaving vocal strand above and sometimes through the instrumental fabric with distinction and concurrently relating the tale with drama akin to that in a high-strung TV show – but without all the noise. It made for a grand conclusion of this last-of-season program. We'll await an announcement of next year's goodies with keen anticipation.

Meanwhile, this B&B program enchanted a substantial crowd with music that pressed on the barrier between "standard rep" and older fare while providing many, many delights. Bravo for that!