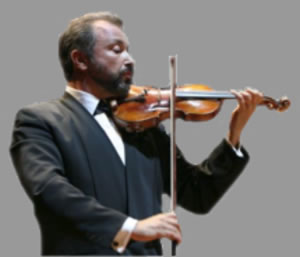 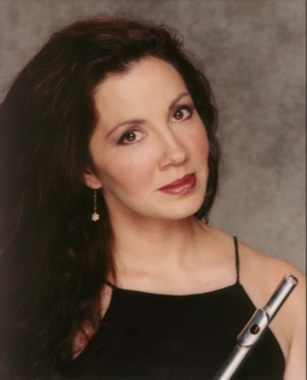 This preview has been provided by the Greensboro Symphony.

The three pieces in this week’s Greensboro Symphony concert were written within a remarkably short period of time. Six years separate the earliest piece, Handel’s “Water Music” and the latest work, Vivaldi’s “The Four Seasons”. And in addition to this unique chronology, there are also fascinating stories about these works and their composers.

Poor Marks for the King

In the midst of the current election year, one might wonder just how leaders in earlier times dealt with growing disapproval in the eyes of the public. If we go back almost 300 years, we see that the British had an interesting way of regaining the people’s favor – with music.

In 1717, King George’s popularity with the British population had declined. In an attempt to rectify this, his advisors thought that a large-scale spectacle was needed, and they suggested a huge boating event on the Thames River. Of course, music was needed for the “river party”, and the court composer, George Frederic Handel, was asked to compose the festive music.

On July 17, the King was on the Royal Barge with an assortment of Dukes and Duchesses, Counts and Countesses, Earls and other noblemen. A barge owned by the City of London held Handel and fifty musicians. The public must have totally embraced the idea because the number of boats on the river that summer day were “beyond counting” according to one participant.

Handel wrote the music in three parts, with the entire piece lasting more than an hour. Today “Water Music” is commonly divided into three suites. (The GSO will perform selections from the first and second suites.) The musicians played the music as the barges moved from Whitehall where the festivities started, to Chelsea where dinner was served. After the King and his party finished dining, the barges reversed direction and returned to Whitehall with the musicians continuing to perform this newly composed music.

The music was very popular with the King. A local newspaper, the Daily Courant, reported that George “liked so well, that he caus’d it to be plaid over three times in going and returning.” Some scholars believe that it was played three times each way, making for more than six hours of performing for the musicians sitting on moving barges in the July heat. I doubt the musician’s union would allow for that these days.

At the Same Time in Italy

In 1723, just six years later and a little more than a thousand kilometers south, Antonia Vivaldi composed “The Four Seasons”. Written in Mantua, Italy, these four concertos have become some of the most popular music on the classical stage or in recordings.

Vivaldi based the music on four sonnets which depicted picturesque images of the seasons. These words were an inspiration to the composer, who then created music that mimicked the activities of the differing times of the year. In listening to “The Four Seasons,” one can hear flowing creeks, singing birds of various species, barking dogs, buzzing mosquitoes, crying shepherds, storms, drunken dancers, silent nights, hunting parties, frozen landscapes, ice-skating children, and warming winter fires. You will also hear Maestro Sitkovetsky on violin during this wonderful piece.

Vivaldi was not just a great composer, but was also a virtuoso violinist and priest. For 29 years, he was the composer and string teacher for Ospedale della Pietà, one of four orphanages in Venice. These orphanages were financed by the Republic of Venice for the purpose of giving shelter and education to children who were abandoned or orphaned. The boys learned a trade and the girls studied, among other things, music. Vivaldi built such a strong performance program that well-to-do families sometimes tried to pass their girls off as poor just to get the master’s training.

Written around 1720, between “Water Music” and “The Four Seasons”, is Bach’s “Suite No. 2 in B minor.” This was during the great composer’s years in Cöthen, where he worked for Prince Leopold. The suite does not have a rich story to accompany it like the other works on the program, but it has equally fine music. Especially notable will be the orchestra’s principal flutist, Debra Reuter-Pivetta, who will perform the suite’s virtuoso flute solos.

You will not want to miss this concert.  Make plans today to attend.