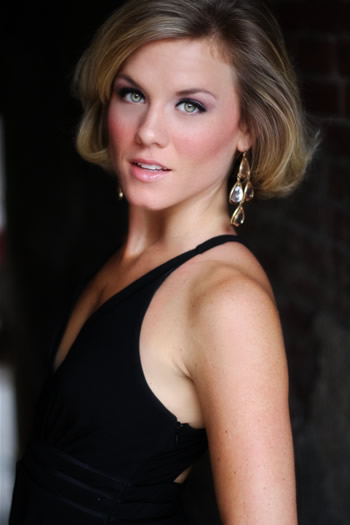 For fans of integration of nearly all the arts into one cohesive spectacle, you can't do any better than North Carolina Opera's production of Philip Glass's dance-opera Les Enfants Terribles. This unique work is being presented in the intimate Fletcher Opera Theater at the Progress Energy Center for the Performing Arts in downtown Raleigh (the "small" one on your left as you face the complex) and this venue proves to be a perfect vehicle for this magical experience.

Among his numerous other compositions for film and ensembles of nearly every conceivable combination, Glass has already completed 28 operas, probably the most of any composer since the heyday of Italian opera. Les Enfants Terribles, based on a 1929 novel by Jean Cocteau, is the completion of a trilogy of operas based on the works of this filmmaker/author. While the use of dance in opera is certainly nothing new, and in the case of early French opera was considered mandatory unless you wanted a riot on your hands, Glass uses dance as an equal partner in both the storyline and the allocated time on stage.

The story, a fantasy world of a brother and sister, is especially suited to the swirling, hypnotic effect of Glass's music. Despite his enormous success and the approaching anniversary of his 75th birthday, the music of Philip Glass is for the most part a "love it or hate it" proposition and, like arguing who the best quarterback of all time was, it is futile to try to convince anyone to switch sides. In this work we have the very unusual instrumentation of three pianos (Spencer Blank and Tad Hardin on the outside, and conductor /pianist Wilson Southerland in the middle) so there is a sameness of sound to add to the repetitiveness. Additionally, either the score demanded it, or because of the acoustics, the three pianists played mostly within a similar dynamic range. In the end, Glass's music became no more than innocuous wallpaper to Jeff A.R. Jones' beautiful scenic design and the superb choreography.

It is often said that nearly all opera plots are fantastical – and even nonsensical – and this is no exception. Lise and Paul are brother and sister who engage each other in a series of "games" when Paul is confined to bed after being hit by a snowball. To further enhance the psychedelic nature of this tale, there is often a singer/dancer double of every character on stage at the same time. The Lise persona is shared by singer Jessica Cates and dancer Lara O'Brien, while Paul is doubly inhabited by the singing Timothy McDevitt and the dancing Gabor Kapin. This is a most effective, unique and necessary technique as each part is definitely for professionals only, and any attempt by the singers to do the dancing, or vice versa, would most likely yield quite unfortunate results.

The text is in French and the method of showing the English translated supratitles was inventive and refreshing. Rather than a two line display above the stage (sort of like tweets!) the translation was on different panels on different positions on the stage. Occasionally someone in the cast would block my view, but that was a minimal bother compared to the overall effect.

The dancers were all from Carolina Ballet and Robert Weiss, artistic director of that wonderful dance company, served as both choreographer and director of Les Enfants. That in itself should say something about the preeminence of dance in this production. I was not expecting – and did not get – any memorable arias like I would from Puccini or Mozart, but even with that lowered expectation I found most of the vocal writing to be unremarkable and uninteresting. On the other hand, the choreography was quite stunning and original, and also helped elucidate the inner psychological drama of the story. So, if you are looking for an artistic amalgam that is unlike anything you've seen before, Les Enfants Terribles should be on your weekend plans.

For a review of the last performance of this run, click here.