Not Quite a Variation on Prisca's Mother's Gulyás: Mallarmé's Musical Magyars 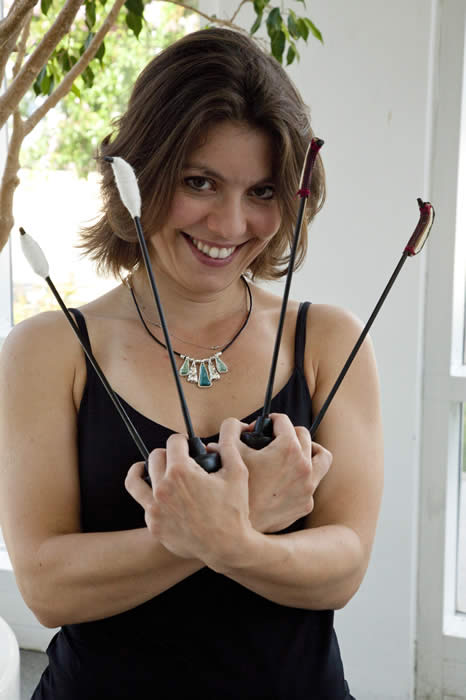 Petra Berényi is one of the great artists of our time, in demand up and down the East Coast and beyond, and she lives right here, in the Triangle. Her primary instrument - the one that's garnered her considerable attention - is the cimbalom, a large Hungarian dulcimer on legs that looks sort of like a square piano. Readers will know its sound, even if the name appears unfamiliar - the instrument is a key ingredient in so-called gypsy music, it gives color to great operatic and orchestral works like Kodály's Háry János, and it's always central to performances by companies such as the Hungarian State Folk Ensemble. There's a considerable body of concert music for the instrument as well, and some of that was heard during the opening concert of the Mallarmé Chamber Players' 2011-12 season, presented in the inviting confines of the Kirby-Horton Hall at Duke Gardens. With contributions from pianist Jerermy Thompson, violinist Jeremy Preston, clarinetist Andrew Lowy, and others, the program was a stem-winder of a launch for what promises to be a remarkable parade of musical events.

First up was Liszt's Hungarian Rhapsody No. 6, for solo piano. Thompson dazzled and earned a big ovation. This is gypsy-inspired stuff, and the pianist's runs seem to imitate some of the effects created by superior cimbalomists. No one could have complained. But… we'd heard Berényi warming up…, so was there a missed opportunity, the opportunity to revert Liszt's reinterpretation to the original stuff? Among the many highlights of NCSU's old Friends of the College series were performances by visiting folk ensembles, and the national group of Hungary was perhaps first among those equals. That company's orchestra made a record of the Liszt Rhapsodies in quasi-original versions - and it seemed a shame to have that lovely cimbalom sit silent while the pianist played it straight. Next time the MCP offers a paprika-flavored program, maybe resident arranger and composer Bo Newsome can help out with a new transcription.

But there wasn't long to wait. Berényi joined Thompson for some Hungarian Rural Dances, set by Leó Weiner. The keyboard played a somewhat subdued supporting role in these pieces - a Fox Dance (during which one could envision our neighborhood fox, Nellie, cavorting around a backyard tree), a rondo from the district whose music inspired Kodály's Marosszék dances, and a more-or-less traditional czardas, the country's national dance. Berényi worked her sticks at dizzying speed and with pin-point accuracy, dazzling the crowd and earning waves of enthusiastic applause, but it was a partnership, and she couldn't have done this music solo, to be sure!

Bartók's Contrasts, a three-movement chamber work written for Josef Szigeti and  Benny Goodman, served as a familiar anchor for the first half of the program. Preston, Lowy, and Thompson did the music proud, eliciting still more enthusiasm from the crowd. (It's the piece that gives rise to a standing insider bit of trivia - name a trio that takes five instruments….) There are also some gee-wiz local connections, albeit tenuous ones: Goodman played one of his last concerts in the Triangle, in Raleigh, with the NC Symphony; and Bartók lived for a while in Asheville, where he worked on his Piano Concerto No. 3.

Part two was devoted to music by György Kurtág (b.1926) and Ernő Dohnányi (aka Ernst von…; 1877-1960). Some of Kurtág's music figured in an earlier MCP concert, but it was good to hear it again, for this is challenging fare. The Tre pezzi and Tre altri pezzi - a total of six pezzi, for clarinet and cimbalom - fly by, some taking only seconds to perform. This is minimalist music in many respects, music that would surely merit a re-hearing or two or three. Lowy and Berényi made strong cases for the score, as did Preston and Berényi in the composer's Eight Duos. They, too, are brief, but the writing is a bit more substantial, and the rewards for the first-time hearers appeared to be somewhat greater. It’s always a pleasure to experience rare and unusual music by a great living composer, so in that regard as well this was a very special occasion.

The concert ended with Dohnányi's big, bold, and often exhilarating Sextet, Op. 37, for piano, clarinet, horn, and strings (but, alas, no cimbalom!). The players were Thompson, Lowy, Christopher Caudill, horn, Preston, violist (and MCP AD) Suzanne Rousso, and cellist Nathan Leyland. This is quite a piece, with some stunning writing for its unusual combination of instruments. There were numerous impressive solo bits along the way and, given its near-symphonic scope and its often-irresistible sweep, it made a superb cap for what may have been one of the season's most unusual and attractive programs.

For more information on the forthcoming year, look up the Mallarmé Chamber Players in our calendar or visit the presenter's website.