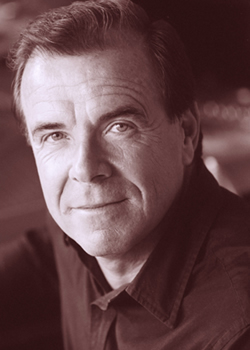 Among the most difficult works of the major orchestral repertory are several popular works originally written as ballets: Béla Bartók’s Miraculous Mandarin  (which the Festival Orchestra will play on July 30), and two works by Igor Stravinsky,  Le Sacre du Printemps (Rite of Spring which the Young Artists’ Orchestra played during EMF 2010) and Petrushka, which occupied the entire second half of the Young Artists’ Orchestra  concert Friday night in Dana Hall on the Guilford College campus as part of the Eastern Music Festival’s  50th anniversary celebrations.

Maestro José Luis Novo continues to push his inspired young musicians to exceed even their own expectations. For most of the orchestra, this was the first struggle with the complicated polyrhythms of early Stravinsky.  For the winds and brass Petrushka is doubly daunting because so much of the score is written like chamber music, where each musician is on his/her own, rather than part of an ensemble where there is safety in numbers. For the most part the young performers displayed their stellar abilities, and apart from a few moments of trumpet limbo at the end of the Third Tableau, there were very few hints of raw or unripe playing. If one were to delve into details one might have occasionally hoped for better balance (horns were almost always several notches louder than the score, especially at the beginning) or softer piano passages.

There were amazing solos from all parts of the orchestra which dazzled the audience, starting with the outstanding piano solos played by Michael Delfin, 20, from Madera, CA. According to Stravinsky’sAutobiography, Petrushka was originally planned as a kind of concert piece (Konzertstück) for piano and orchestra, but succumbed to Serge Diaghilev’s opinion that it would make a great ballet. Even now piano virtuosi play Stravinsky’s own transcription, Three Movements from Petrushka, in recital. Other outstanding soloists were flutist Katherine Lemmon, 20, from San Antonio, TX and cornetist Nic Ramsey, 21, from Richmond, KY, both of whom play together as the Ballerina and the Moor in a waltz over a musically silly bassoon accompaniment well played by Melissa Birkhold, 21, from Wilmette, IL. A bassoon trio in the Third Tableau was to die for as was the tuba impersonating a bear walking on its hind legs in the Fourth.

Also most impressive was Maestro Novo, who didn’t sacrifice the artistic goals to the temptation to be a traffic controller, just keeping things in place. He set excellent tempos, demonstrated where the music was headed and did all this with an economy and accuracy of gesture one could only admire.

The concert opened, sans ouverture, with a late Mozart piano concerto. Misha Dichter (whose last name translates fittingly to “poet”) gave us a fleet and nimble performance of Mozart Concerto No. 21 in C, KV 467, sometimes anachronistically referred to as the Elvira Madigan concerto because of the use of the second movement in the Swedish movie Elvira Madigan, in the 1960s. The gentle rippling accompaniment of the muted strings lends itself well to the romantic rowboat moments in the movie. Coming on the heels of the dark and mysterious D minor concerto KV 466, tonight’s concerto is open, transparent and always charming. Over all, the student orchestra was a rich and supporting partner although occasionally the strings overpowered the pianist. And curiously, from the balcony it seemed that Mr. Dichter’s own left hand occasionally over-powered his right, especially in the first movement.

Mozart’s own cadenzas having been lost, Mr. Dichter has written an interesting cadenza, well crafted at one moment so as to combine both first and second themes simultaneously and at other moments introducing themes from other Mozart works!  Also notable was the very effective use of the left hand, crossing over the right to state thematic material as it moved from bass clef to treble.

The third movement, marked Allegro vivace assai was a vigorous romp mostly in the major mode with much obscure thematic imitation taking place “right under our eyes,” so to speak, yet not calling attention to itself. Despite prolonged applause and curtain calls, the esteemed Mr. Dichter did not grant his large and enthusiastic audience an encore.