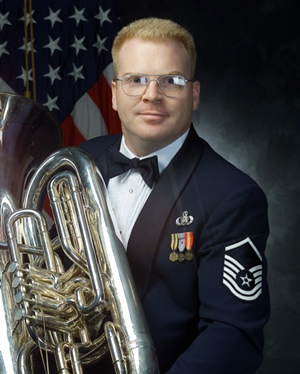 This preview has been provided by Triangle Brass Band.

Sunday March 20th marks a celebration for the Triangle Brass Band, one which has them providing brass band concerts to the Triangle Area and beyond for a quarter of a century. In 1986, the band was formed and began to perform for the public in NC and at special events in the United States. In its 25 year history, the band has performed at the Great American Brass Band Festival in Danville, KY (the largest in the US), the New York Brass Conference, Music Educators Conventions and has competed in the North American Brass band Association Championships winning the coveted top prize on several occasions. The band has played host to some of the world's greatest brass soloists including Allen Vizzutti, Philip Smith, Steve Sykes, Bob Childs, Steven Mead, James Miller, and Doug Yeo. With the growth and success of the youth band program, the Triangle Brass is one of the largest organizations of its kind in the United States, serving nearly 100 performing musicians.

On this concert, the Triangle Brass will feature one of the bright young stars of the tuba community as guest soloist. Christopher T. Quade spends his days playing in the Air Force Ceremonial Brass, the group that performs all Air Force burials at Arlington Cemetery.  The program also features great music, from warhorse transcriptions, to wind band transcriptions (The New England Triptych was commissioned by and for the Triangle Youth Brass Band), and great works written for the brass band medium. It showcases how versatile a brass band can be, and how a brass band can significantly contribute to the symphonic music arts complex here in the Triangle.

Born and raised in Northern Virginia, Chris Quade returned in 1996 to accept the position of Solo Tubist with the United States Air Force Concert Band. Chris has since accepted a position as Section Leader with the Ceremonial Brass. With the USAF Band, Chris is active in chamber music, as a soloist and member of the USAF Tuba Euphonium Quartet and the USAF Ceremonial Brass Quintet.

Chris received his Bachelor of Music at Indiana University in Bloomington, IN, where he received the coveted Performer's Certificate. He continued his studies at the University of Michigan, where he earned his Master of Music. Before he joined the USAF, Chris taught full time at Valdosta State University School of Music. Chris' teachers include Harvey Phillips, Fritz Kaenzig, Bob Pallansch, Dan Perantoni, Steve Norrell, David Finlayson, Sam Pilafian and Patrick Sheridan.

Chris Quade is the Adjunct Instructor of Tuba and Euphonium at Shepherd University in West Virginia, where he teaches all low brass students and coaches small brass ensembles. Chris has performed in over 40 states in his career, working with legends like Doc Severinson, Bobby McFerren, Rita Moreno, Big Bad Voodoo Daddy, Tony Bennett, Mickey Mouse, and many more. He has performed with many orchestras and appeared as soloist with dozens of ensembles, including high school, college and professional ensembles.

Chris is proud to be a regular member of the Dominion Brass, a Christian-based music ministry in the DC area that performs with some of DC's finest musicians at churches throughout the metro area. In addition, Chris is the Solo E-Flat Tubist of the Brass of the Potomac, a British-style brass band based in the nation's capital.

Tickets are $10 Adults and $5 for Students available at the door 1 hour before, cash or charge (Visa, MC).
Pre Ticket sales are through Ticketmaster at http://www.trianglebrass.org/events/concerts/25th-anniversary-concert