Juneteenth at the NC Museum of History 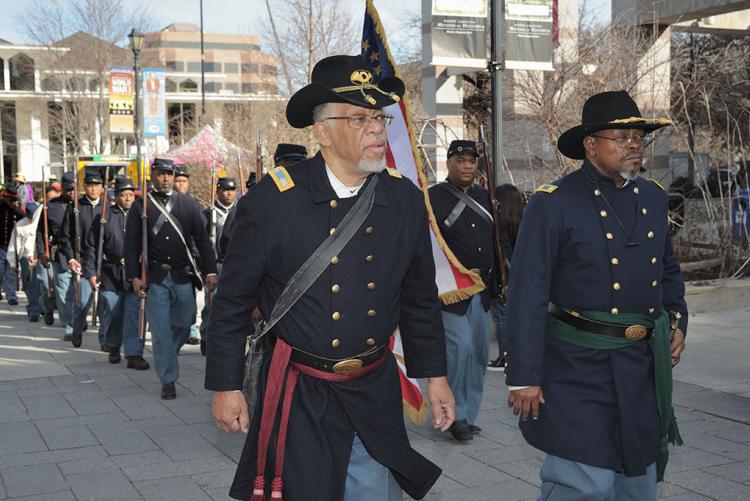 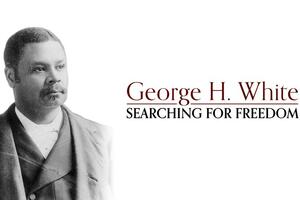 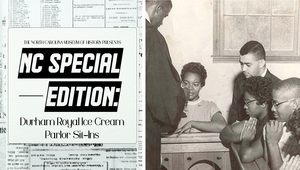 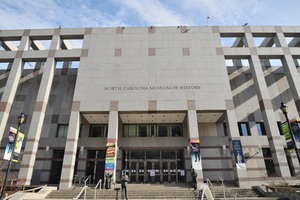 Honor Juneteenth at the North Carolina Museum of History. Celebrate hope and freedom, bring friends and family to the museum to reflect on the past and look to the future, and participate in our various Juneteenth programs. In addition to Juneteenth programs, don’t forget to experience our newest exhibition, Pauli Murray: Imp, Crusader, Dude, Priest. (And check out Lynn Felder's CVNC review of the exhibit here!) The exhibit chronicles the life and legacy of the Rev. Dr. Pauli Murray as a significant 20th-century human rights activist, educator, lawyer, poet, and Episcopal priest. The museum and Museum Shop are open to the public. Effective March 7, masks are optional for visitors and staff at the North Carolina Museum of History. Admission is free!

Read on for a current listing of June events. You can also stay up to date on all events and exhibits at the museum website. Programs are FREE unless otherwise noted. Advance registration is generally required to receive a confirmation email with information about joining online presentations.

Did you miss a previous program? Many of the museum’s programs are being archived to enjoy any time on the museum YouTube channel.

Museum After Dark: My name is Pauli Murray Film Screening

Join us as we welcome back our Museum After Dark series for the screening of My name is Pauli Murray (documentary, PG-13, run time: 91 min.) at 6:30 p.m., following an introduction by Michael Ausbon, the exhibit curator for Pauli Murray: Imp, Crusader, Dude, Priest. After the screening, Vanity Deterville, co-director of Project FAM at the LGBTQ Center of Durham, will present “Project: Folks Aiming for More” and how you can support the Center of Durham. Light refreshments will be served before doors open to the auditorium.

This is a free program; however, please register on Eventbrite.

Celebrate Juneteenth at the Museum of History

Juneteenth is the oldest nationally celebrated commemoration of the ending of slavery in the United States. From its Galveston, Texas, origin in 1865, the observance of African American Emancipation Day has spread across the United States and beyond.

Today, Juneteenth commemorates African American freedom and emphasizes education and achievement. It is a day, a week, and, in some areas, a month marked with celebrations, presentations, picnics, and family gatherings. Juneteenth is a time for reflection and rejoicing, and for looking to the future.

Drop in at the NC Museum of History for an afternoon of activities inspired by the national holiday. Meet members of the Battery B Second Regiment, US Colored Light Artillery Civil War reenactors, as they reveal the legacy of the courageous soldiers in the struggle for freedom and citizenship during the American Civil War. Visit museum exhibits, and watch Neal Thomas make split-oak baskets, like those used by families at early Juneteenth celebrations.

PBSNC is proud to present a new documentary film George Henry White: Searching for Freedom as part of the North Carolina Museum of History’s 2022 Juneteenth celebration.

The 30-minute documentary film will be screened in Daniels Auditorium at the North Carolina Museum of History in Raleigh from 7 to 9 p.m. Admission is free.

White’s final words to Congress predicted that African Americans would one day return to its halls despite the onset of the Jim Crow era. President Barack Obama recognized White’s accomplishments in a 2009 speech that brought the congressman’s legacy back into the spotlight. White’s rise to political leadership and his remarkable career are well known to historians, but his story has been largely left out of the mainstream historical narrative.

Historian Earl Ijames and the film’s director, Mike O’Connell, will introduce the film and participate in a Q&A session after the screening. All are welcome to this timely event presented by the NC Museum of History in honor of Juneteenth.

On June 23, 1957, Rev. Douglas Moore of Asbury Temple Methodist Church led six young African Americans into Durham’s segregated Royal Ice Cream Parlor. The group entered the “Colored” entrance at the back of the restaurant and proceeded to the White section, where they sat down and ordered ice cream. Denied service, the protestors refused to leave. They were arrested and fined $10, plus court fees. The Royal Ice Cream sit-in provoked controversy in not only the White community; it created a huge uproar among Black citizens, many of whose members viewed the protesters not as freedom fighters but as troublemakers. Although the sit-in did not receive a lot of support, it did help inspire future protests, including the Greensboro F. W. Woolworth store lunch-counter sit-ins. Join us on the 65th anniversary of the Royal Ice Cream Parlor sit-in, as two of the protestors share their memories of that historic day.

Mary Clyburn Hooks is a native of Monroe, North Carolina. As a young woman, she moved to Durham, hoping to acquire an education and work in a more progressive town. After participating in the sit-in, Hooks married and started a family. She attended North Carolina College at Durham (now North Carolina Central University), before settling in New Jersey. Virginia Williams came to Durham from her home in rural Northampton County, seeking employment. After attending a political meeting, the two young women felt compelled to take part in the upcoming protest. Following the events at the Royal Ice Cream Parlor, Williams participated in other Durham demonstrations. She retired from a long career in food services and still resides in Durham.