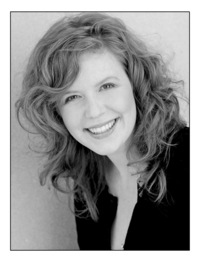 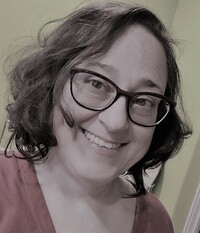 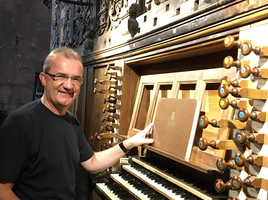 Perhaps Pergolesi's most lauded sacred work, the Stabat Mater, will receive a first-class treatment on June 3rd in a presentation at Sedge Garden United Methodist Church. Sopranos Jodi Burns and Zuri will perform what Jean-Jacques Rosseau described as "the most perfect and touching duet to come from the pen of any composer," featuring guest organist, the award-winning Thomas Strauss. Concert information is available at the event's Facebook listing, but we wanted to highlight the performers and convey how much talent will be packed into this program!

Jodi Burns has been described as singing with a “plush voice and rich expressivity” (The New York Times) and "a golden pure voice with beauty in all ranges" (Cultural Voice of North Carolina). In her appearance in the Southeastern premiere of Kevin Puts’ Silent Night, (Piedmont Opera), The Winston-Salem Journal noted, “Burns dazzled with her lustrous soprano and bright charisma. The production is elevated whenever she appears on stage." In her recent performance with Piedmont Opera as Lauretta in Puccini’s Gianni Schicchi reviews noted: ”hers is a golden pure voice with beauty in all ranges” (Peter Perret/Cultural Voice of North Carolina, and “bringing coquettish enchantment reminiscent of Marilyn Monroe… [she] sang Puccini’s soaring melodic lines with unfailing musicality and lustrous tone. Burns had the audience in the palm of her hand from her first note” (Voix des Arts).

Other recent appearances include Strauss' Four Last Songs with the Western Piedmont Symphony, and with Piedmont Opera, in the title role of Mary, Queen of Scots and as Adina in The Elixir of Love, both by Donizetti. In North Carolina Jodi has sung frequently with The Winston-Salem Symphony, The North Carolina Symphony, and The Piedmont Wind Symphony, including with PWS a concert of her own compositions with her band Judy Barnes, and in duet with Ben Folds in at his “Home for the Holidays” Concert. Jodi earned her MM at The UNC School of the Arts Fletcher Opera Institute 2011 where studied with Dr. Marilyn Taylor. BME from The Ohio State University. She is a member of the Voice faculty at UNCSA.

With a sound that is designed to connect straight to the heart of the listener, Spinto Soprano Zuri has been described as the “sonic embodiment of love.” Her warm and rich tone combined with an uncanny dramatic sensibility has long made her a favorite among audiences in the Midwest, and recently in the Charlotte area. A graduate of Nebraska Wesleyan University, Zuri has won every division of NATS (National Association of Teachers of Singing) she has entered, and was a Nebraska district winner in the Metropolitan Opera National Opera Auditions. From her debut singing Haydn’s, “The Creation,” Zuri has enthusiastically embraced diverse repertoire ranging from standards to new works to championing the avant garde. Zuri has been featured in Ralph Vaughn Williams’ “Dona Nobis Pacem,” David Fanshawe’s “African Sanctus,” Brecht and Weill’s “Happy End,” Richard Einhorn’s “Voices of Light,” The Countess in The Marriage of Figaro, as well as cabaret and electronica. Most recently, Zuri has been featured with the Winston-Salem Symphony performing a dramatic interpretation of, “He Was Despised,” from Handel's Messiah. She is currently a choral scholar with the Myers Park United Methodist Church chancel and chamber choirs in Charlotte.

Thomas Strauss earned the highest church music degree with honors from the State Academy of Music in Freiburg, Germany. In 1990 and 1991 he received recognition for his outstanding abilities as an organist by winning major prizes in the National Young Musicians Competition of Germany and the Conservatory Organ Competition. Since 1993 Thomas Strauss has been the church music director at St. John the Baptist Catholic Church in Oppenau, where he also serves as artistic director and conductor of Festwoche klassischer Musik. In 1995 Mr. Strauss founded the Bach-Chor Ortenau - this ensemble has twice been invited by Shenandoah University in Winchester, Virginia to perform at the Bach-Handel-Festival. In 2002 the faculty of Shenandoah Conservatory voted unanimously to award Thomas Strauss the Conservatory Medal of Excellence. After invitation by the Petrie School of Music - Converse College the Bach-Chor Ortenau performed, together with the Festival Chorus Spartanburg, Bach’s b-minor mass in Spartanburg in 2016.

As pianist with the Freiburg Chamber Choir, Mr. Strauss has toured Brazil, New Zealand, and the south of France. He plays his harpsichord with the well-known German Chamber orchestra, the Wuerttembergische Kammerorchester Heilbronn. Mr. Strauss regularly accompanies and records with the composer and recorder player Hans-Juergen Hufeisen, in this context often performing with the Father of the Benedictines Anselm Gruen or Bishop Margot Kaessmann. For over 20 years this versatile artist has also performed with the trumpet player Wolfgang Bauer as harpsichordist in the Wolfgang Bauer Consort, including a concert tour through South Africa. Thomas Strauss performed as harpsichordist on an award-winning recording of Johann Wilhelm Hertel’s Trumpet Concertos, for which soloist Wolfgang Bauer received the ECHO Classics Award in the category of Instrumentalist of the Year in
2009.

Thomas Strauss has performed in numerous TV and radio broadcasts throughout Europe and in the U.S.A and has recorded several CDs. Mr. Strauss keeps a busy schedule as a solo performer, having given organ and harpsichord concerts in Germany, France, Norway, Poland, Italy, Sardinia, Switzerland, Russia, Brazil, and South Africa as well as on Hawaii and annually in the U.S.A.