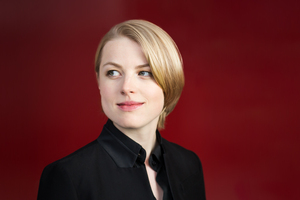 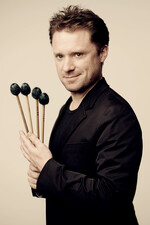 Beginning on April 28th at Cape Fear Community College, the North Carolina Symphony will be presenting a program packed with special treats at the end of this month. The Scheherazade concert will not only feature the much-beloved symphonic suite by Nikolai Rimsky-Korsakov, but the Polonaise from Antonín Dvořák's Rusalka and Jennifer Higdon's Percussion Concerto, all under the direction of Ruth Reinhardt.

Ruth Reinhardt is quickly establishing herself as one of today’s most dynamic and nuanced young conductors, building a reputation for her musical intelligence, programmatic imagination, and elegant performances. Ruth Reinhardt received her master’s degree in conducting from The Juilliard School, where she studied with Alan Gilbert. Born in Saarbrücken, Germany, she began studying violin at an early age and sang in the children’s chorus of Saarländisches Staatstheater, Saarbrücken’s opera company. She attended Zurich’s University of the Arts (Zürcher Hochschule der Künste) to study violin with Rudolf Koelman, and began conducting studies with Constantin Trinks, with additional training under Johannes Schlaefli. She has also participated in conducting master classes with, among others, Bernard Haitink, Michael Tilson Thomas, David Zinman, Paavo Järvi, Neeme Järvi, Marin Alsop, and James Ross.

Reinhardt was a Dudamel Fellow of the Los Angeles Philharmonic (2017-18), conducting fellow at the Seattle Symphony (2015-16) and Boston Symphony Orchestra’s Tanglewood Music Center (2015), and an associate conducting fellow of the Taki Concordia program (2015-17). During her time at Juilliard, she led the Juilliard Orchestra as well as concerts with New York City’s ÆON Ensemble, with whom she has led a collaboration with the Kronos Quartet.

A precocious talent, by age 17 she had already composed and conducted an opera, for and performed by the children and youths of her hometown. While studying in Zurich, she also conducted the premieres of two chamber operas for children: Die Kleine Meerjungfrau (The Little Mermaid) by Swiss composer Michal Muggli, and Wassilissa by German composer Dennis Bäsecke. Other opera productions she has conducted include Dvořák’s Rusalka and Weber’s Der Freischütz for the North Czech Opera Company, and Strauss’ Die Fledermaus at the Leipzig University of the Arts.

Commissioned by The Philadelphia Orchestra, The Indianapolis Symphony Orchestra, and The Dallas Symphony Orchestra, Jennifer Higdon's Percussion Concerto was written for and dedicated to Colin Currie - so it's especially meaningful that Currie will be performing at these concerts! Higdon explains in her program notes the care she took in writing for a specific soloist and solo instrument. While the work opens with a focus on the solo marimba, Currie's favorite instrument, Higdon expresses her admiration for the wide range of skills that a percussionist must cultivate:

Not only does a percussionist have to perfect playing all of these instruments, but he must make hundreds of decisions regarding the use of sticks and mallets, as there is an infinite variety of possibilities from which to choose. Not to mention the choreography of the movement of the player; where most performers do not have to concern themselves with movement across the stage during a performance, a percussion soloist must have every move memorized. No other instrumentalist has such a large number of variables to challenge and master.

Currie began his musical studies at age five, and went on to graduate from the Royal Academy of Music in 1998. He was a finalist in the BBC Young Musician of the Year competition in 1994, and received the Royal Philharmonic Society Young Artist Award in 2000, was a BBC Radio 3 New Generation Artist between 2003 and 2005, received the Bortletti Buitoni Trust Award in 2005, and the Royal Philharmonic Society Instrumentalist Award in 2014. He is currently Artist in Association of Southbank Centre, London, and the Co-Artistic Curator of the 2021 Grafenegg Academy. Based in his native Scotland, he enjoys cycling and the theatre in his spare time.

The works performed in these concerts, whether operatic, symphonic, or contemporary in their original conception, are unified by wonderfully compelling melodies and stories, and the featured soloist and director's personal connections to the repertoire is sure to bring even more heart to this emotionally-intense program.