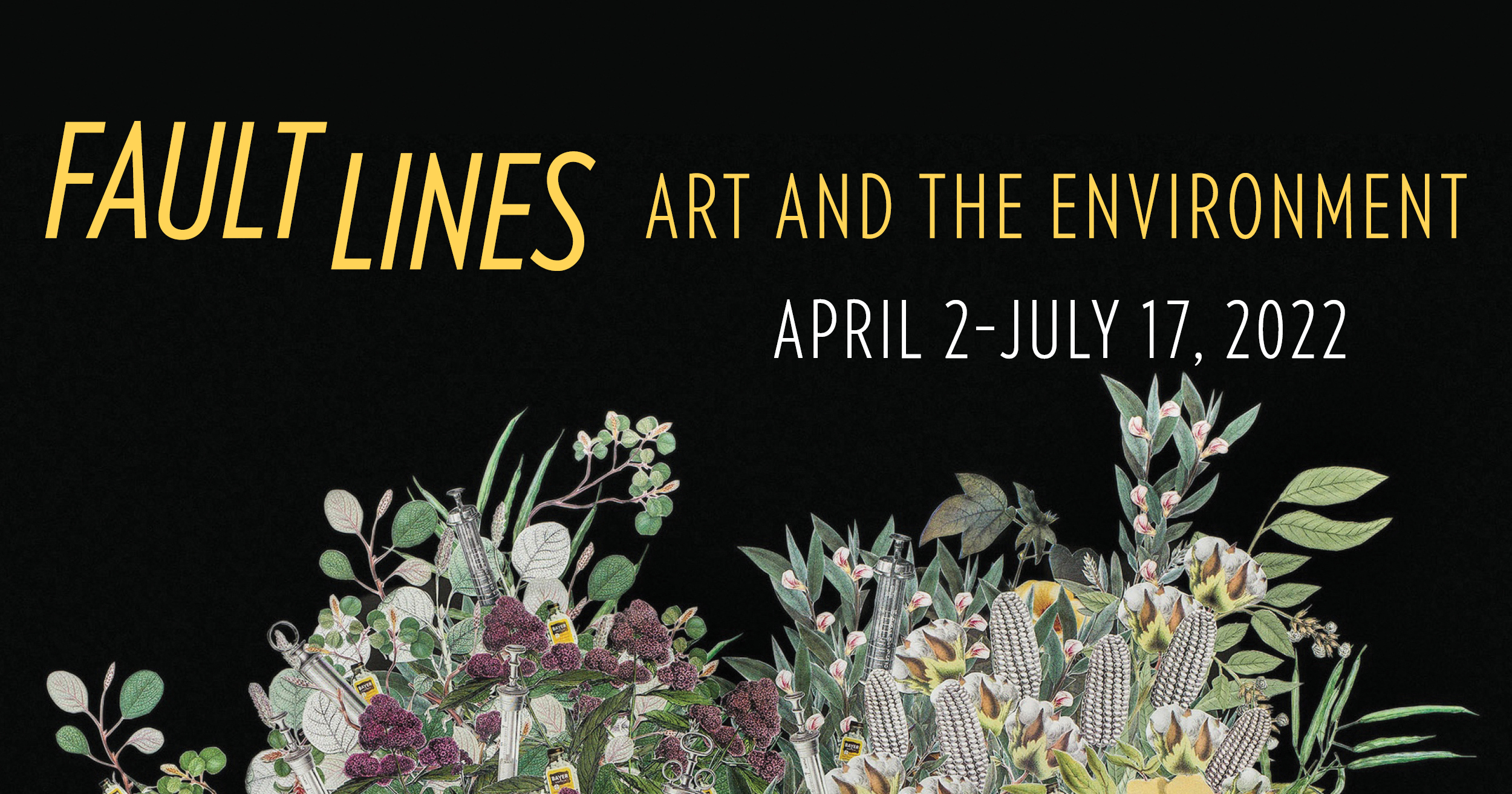 The North Carolina Museum of Art (NCMA) opens Fault Lines: Art and the Environment this weekend, a collaborative exhibition by fourteen contemporary artists from all around the world - from Asheville to Mexico to Denmark to Australia. The works all seek to "examine a broad range of current concerns including sustainability and restoration, development and habitat loss, changing climates, and environmental justice," according to Chief Curator and NCMA's Curator of Contemporary Art Linda Johnson Dougherty. The pieces include outdoor installations (with another coming in May), multiple video experiences, sculptures, photography, fiber arts, and several genre-bending works, all broaching urgent issues and ultimately creating an effect that is "simultaneously beautiful and unsettling, visually alluring and disturbing, curiosity provoking, and hopeful."

The exhibition is meant not only to provoke concern and action, but to challenge assumptions and demonstrate new perspectives. Susie Ganch's Drift immediately establishes this idea upon entering the exhibition. A Richmond, VA, based artist, Ganch has created pixelated representations of clouds from artificial, technological found materials, and created a soundscape. These three blocky shapes emit what sounds like crashing waves, wind, and the calls of seagulls; however, all of the original sounds began as recordings of artificial sounds. Ganch manipulated a phone notification, rushing traffic, and the hum of air-conditioning units to convey the disconnect between the natural world and modern society.

All of the works effectively draw the eye with a surface-level beauty, but, upon closer examination encourage a deeper contemplation. A stunning example of this effect comes from Richard Mosse's photography series, my favorite of which is Subterranean Fire, Pantanal. Mosse compiles thousands of images from drones with ten lenses' worth of cameras, also capturing ultraviolet and infrared light, and then manipulates and exaggerates the coloration. This results in beautiful and disarming works that look like colorful, modern paintings from across the room. Upon closer inspection, alarming details jump out and re-contextualize the images. In Subterranean Fire, a tiny white truck driving along a road gives the scale of a massive underground fire, the result of an illegal agricultural clearing operation in the Pantanal Wetlands, even despite its designation as a UNESCO World Heritage Site.

Aussie-born, now LA-based artists (who are also twin sisters), Christine and Margaret Wertheim, take a more playful approach to climate change awareness in their Crochet Coral Reef project. This collection includes crocheted coral pieces collectively called Pod Worlds, crocheted out of old VHS video tape as well as yarn, submerged in a mysterious undersea environment. The sky above is obscured and discolored by The Midden, a representation of the floating islands of trash which are present in our oceans. This piece consists of 440 pounds of domestic, single-use plastic trash, all collected from the artists' own home between January 2007 to April 2011.

The Wertheims' project includes community-based works created by more than 20,000 participants around the world; the North Carolina Satellite Reef will be on display as a part of Fault Lines until it travels to the Southeastern Center for Contemporary Art (SECCA) in Winston-Salem later this summer. The Satellite Reef contains crocheted pieces by over 400 NC artists and amateur crafters, and it's a colorful and quirky appreciation of our endangered coral reefs, with special patterns meant to replicate the naturally occurring hyperbolic geometry present in coral.

The NCMA has a history of creating art to celebrate and coexist with the natural world, and Fault Lines is not the only way to celebrate that legacy this Earth Day. In addition to the ongoing The Altered Environment exhibition in Gallery 1, which "evaluates how our social and economic activities regularly overlook environmental costs," the exhibition adjacent to Fault Lines is To Be Rather than to Seem, conceived by Director of Planning and Design Dan Gottlieb and Director of Park Operations Rachel Woods. This collection, the title of course taken from the North Carolina state motto, celebrates the 1989 site plan for the NCMA Imperfect Utopia: A Park for the New World, originally conceived by artist Barbara Kruger, architects Laurie Hawkinson and Henry Smith-Miller, and landscape architect Nicholas Quennell.

Alongside original planning documents, and conceptual sketches for the Museum Park, this presentation also introduces the Museum Park Vision Plan, a further vision to restoration of the stream system and other natural areas in the park. This collaboration between the Museum, local ecological restoration experts, and Andropogon Associates celebrates the NCMA's "ever-evolving experiment in art and environmental stewardship."

Fault Lines adds to the current landscape of the Museum Park with outdoor pieces by Jean Shin, Hugh Hayden, and Claire Alexandre, and, indoors, features an entrancing video installation by Jennifer Steinkamp that immerses the viewer in a digitally-animated forest cycling through seasons. Several of the works on display in Fault Lines are bleak warnings, like Olafur Eliasson's The presence of absence pavilion, a sculpture that represents the absence of a melted block of glacier ice. Others are representations of the current state of affairs, like John Akomfrah's Four Nocturnes, an evocative 50-minute video installation in three-channel HD and 7.1 surround sound, that focuses on Africa's declining elephant population and deforestation. All of them are absolutely worth experiencing, and serve as wonderful inspirations of how art can help to create change.

Fault Lines will continue through July 17, and there will be several related events, such as outdoor film screenings and participatory workshops. More information is available at www.ncartmuseum.org.