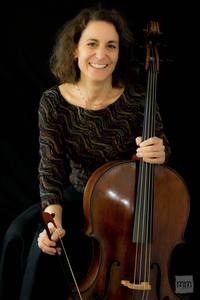 
Stephanie Vial will begin as Baroque & Beyond's Artistic Director for the 2022-2023 season. 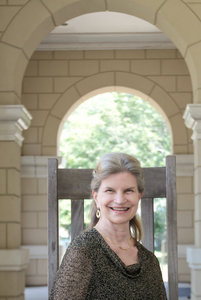 This news release has been provided by Baroque & Beyond.

Baroque & Beyond, launched as a period-music concert series under the nonprofit umbrella of Preservation Chapel Hill, has been led since its inception in January 2008 by founder and harpsichordist Beverly Biggs. During the past fourteen seasons, Baroque & Beyond has produced concerts of baroque and early classic music, earning enthusiasm from its audiences for innovative programming using period instruments and performance practices.

It is with great pride that Baroque & Beyond announces that the leadership baton is now passing from its founder, Beverly Biggs, to Stephanie Vial, a longtime Triangle resident and highly regarded baroque musician. Vial will move into the position this spring and will direct the 2022-2023 concert season, which begins next fall. The announcement was made at Baroque & Beyond's first return to live performances following the start of the COVID-19 pandemic, a performance that was delayed from March 2020 (review of that event available here).

Vial is a co-director of The Vivaldi Project (based in Washington, DC) and is a widely respected cellist, praised for her technical flair and expressive sense of phrasing. She performs regularly in early music ensembles throughout the US and has given solo and chamber music concerts, lectures, and master classes at numerous universities and institutions: The Shrine to Music Museum in South Dakota, The University of Virginia, Boston Conservatory, McGill University, and The Curtis Institute of Music. Vial holds a DMA in 18th-century performance practice from Cornell University where she studied with John Hsu. She is the author of The Art of Musical Phrasing in the Eighteenth Century: Punctuating the Classical “Period,” published by the University of Rochester Press and the creator of DancingwithBach.com, a video project exploring performance practice and the solo Bach cello suites. She has recorded for the Dorian Label, Naxos, Hungaroton, and Centaur Records. Vial calls Durham, NC, home, where she is a lecturer at the University of North Carolina at Chapel Hill.

Vial has been a regular performer on the Baroque & Beyond series for many years. She is a noted scholar as well as performer, who additionally has a proven track record in various aspects of leading an early music program, with The Vivaldi Project. With this change of leadership, Baroque & Beyond gains a committed Artistic Director who will take the series forward for many years, building on the work of founder Beverly Biggs. Preservation Chapel Hill will continue as the nonprofit umbrella. Concerts are planned in October, January, and March for the 2022-2023 season.