Peter Lamb and the Wolves Release a Super New Recording 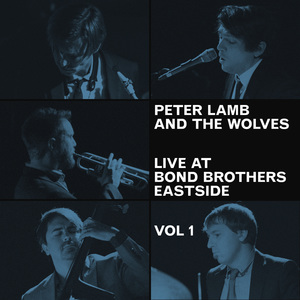 Professional classical and jazz musicians share many of the same qualities; they have reached a high level of skill on their instruments and they know how to perform collaboratively by using excellent rhythm, intonation, expression, and balance. Classical musicians are supposed to "play correctly" by using precise tone and sound, playing exactly what is on written music according to the composer's intentions.

As most people know, the key difference in classical and jazz performance is that jazz musicians have much more freedom in their performances because they improvise. But is there a "correct" way to improvise? You might think so, because there are many jazz schools and teachers who follow similar pedagogy, and therefore many jazz musicians adhere to accepted technical practices just as classical musicians do. But if freedom of expression is the inherent goal of jazz, should jazz musicians improvise according to the way it has been done and taught in the past? For example, should a jazz artist learn how to play by studying the masters of improvisation such as Lester Young, Charlie Parker, John Coltrane, Sonny Rollins, Louis Armstrong (the list could go on and on), and play within the parameters these masters set, thus playing "properly," or should jazz musicians come up with their own style that doesn't recreate the styles of the masters? In other words, should jazz musicians find their own sounds?

Is one way better than the other? Will there be more of an audience for the jazz artists who have attained the high level of skill associated with playing "correctly" like Coltrane does on his masterpiece Giant Steps or Parker does on "Just Friends"? Or will a jazz artist or jazz group find a larger audience by playing with non-conforming sounds?

The reason I ask these questions is because Peter Lamb and the Wolves, especially the group's horn players, tenor saxophonist Lamb, and his half brother/trumpeter, Paul Rogers have developed unique original sounds that don't follow prescribed rules. They are well trained musicians, but they have set out to sound different from most of the contemporary "educated" players on the scene. They sound old-school at times with their growls, subtones, and vibrato, but they also sound thoroughly modern. They are not bebop players – they aren't about flashy technique and playing across fast-moving chord changes. What they do is play with emotion. They are great at pitch bending, growling, jumping from the lowest notes to the highest, and playing with excellent rhythm. It's fun to follow their creative thoughts. They tell stories; there is a beginning, a development, and recapitulation in their solos. PLAW has veered away from what some might say is "correct," and has chosen to play with a looseness that gives them room to be wild, fun, bluesy, funky, and soulful. The group has achieved a high level of success by playing to their own rules, and their large number of fans proves their success.

To document their uniqueness, they have just released a new recording, created live at Bond Brothers Eastside on June 26, 2021. Remarkably, this was the band's second performance after not performing for a year and eight months due to the pandemic – but they delivered an excellent performance. To make this recording more amazing, the members of PLAW didn't realize they were being recorded until after the gig. Bond Brothers and their sound tech, Steve Duncan, made a great recording of them.

Live at Bond Brothers Eastside, Vol. 1 gets your attention right away with an exciting unaccompanied interplay of ostinato lines by Rogers and Lamb. Next, the rhythm section of drummer Stephen Coffman, bassist Peter Kimosh, and pianist Mark Wells adds a New Orleans street beat rhythm, and then the gutsy sounds of Lamb and Rogers roar into a moment of wild free improvisation. The listener is pleasantly surprised as Wells begins soulfully singing "I Love Paris." As Wells continues with his gritty and swinging interpretation of the melody, he is answered by bold horn backgrounds. After Wells' chorus, the rhythm changes to a more traditional swing feel and there are excellent solos from Lamb and Rogers. The song ends as it started, with the horns vamping and building energy to the conclusion. This expertly written arrangement is by Coffman.

It's hard to follow such an exciting opener, but the Wolves have lots more in store. The next song, "Lady Red," is a perfect contrast to the opener. Coffman again hits the high mark with this arrangement. He gives the piece an easygoing funky Latin groove and has the two horns in mostly octave unison – Lamb and Rogers blend nicely. They exchange four-bar solos in the solo section and it's interesting to listen as they mirror each other's ideas.

There are more nice changes of pace to come. On "Hey Pocky a-Way," a Wells arrangement, they sound right out of New Orleans. A slow and spirited interpretation of Randy Newman's "Sail Away" features Wells singing with deep emotion.

Lamb's joyful original, "From Centerville with Love," has a rhythm that is a blend of New Orleans street beat and Calypso. It reminds me of the hit tune "St. Thomas" by tenor sax master Sonny Rollins, and it's just as uplifting. Lamb begins with a 12-bar syncopated melody in a major key and then Rogers adds a background countermelody on the repeat, after which the horns play a cool melody in unison on the 8-bar bridge, now in a minor key. After the repeat of the second 12-bar refrain, Lamb begins a series of fine solos by each player. Considering that this was the premiere of this tune, I am sure it will be one of their best tunes to hear in future performances.

On the Early Jazz standard "I Found a New Baby," the Wolves continue their fun unleashed playing. Coffman switches to tambourine, and Wells provides raucous stride piano. Rogers takes two smoking choruses in his low register, and Lamb starts his hot three choruses in the low register and steadily builds into screaming high notes and flashes of double-timed motifs.

Rogers' modern modal jazz piece, "Satie Piece," is a beautiful song and it gives the group a thoroughly contemporary sound. After Roger's fine solo, Wells really stretches out with what I think is one of the best solos of the show, and then after a nice solo by Kimosh, the horns return to play a shortened version of the melody. The show ends on a high note with Wells' bluesy and soulful singing of "Where Did You Sleep Last Night" accompanied by the strong horns and deep groove of Kimosh and Coffman.

The album can be streamed or purchased online now on Spotify, Amazon, iTunes, Apple Music, YouTube music, etc. It won't be available as a vinyl for about six or seven months, depending on how long the vinyl shortage lasts – preorder vinyl here.