Biographies of Board of Directors and Staff

CVNC Board of Directors 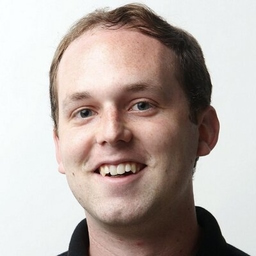 Colin Campbell has been a journalist with The News & Observer and its affiliated publications for the past decade. He's currently serving as editor of the paper's NCInsider State Government News Service, which covers state government and political topics for an audience of government affairs professionals and business leaders. He also writes a weekly column on state politics that appears in newspapers across North Carolina.

Colin is a 2009 graduate of the journalism school at UNC-Chapel Hill and a native of Charlottesville, Va. He's a longtime supporter of the arts scene dating back to his time as the host of a classical radio show on WTJU-FM in Charlottesville. 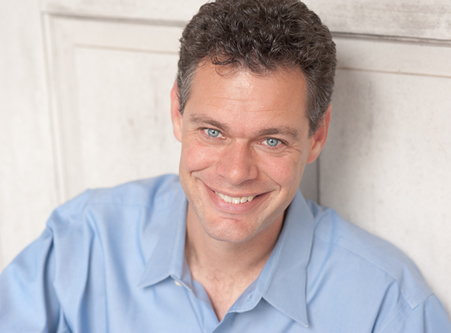 Jim Waddelow is one of the most versatile conductors in the South. A native of Oklahoma, he is Music Director and Conductor of the Raleigh Symphony Orchestra and Artistic Director of the Oklahoma Haydn Festival. Jim also serves Meredith College as Director of Instrumental Activities, conducting the Meredith Sinfonietta, Meredith Opera, and musical theater productions for Meredith Ensemble Theater. In 2010 he founded White Iris Light Opera in Raleigh, and the following year he led Meredith musicians on a concert tour of Tuscany, Italy. Guest appearances have included Summerstock Productions at the University of Central Oklahoma, Lubbock Moonlight Broadway, Capitol Opera Raleigh, Durham Savoyards, the Triangle Youth Symphony, and numerous all-state and all-region orchestras. Equally at ease with music for the stage, Jim has conducted over 300 performances of more than 70 musicals and operas at the professional and college level. Previous conducting affiliations include the Oklahoma Youth Symphony, Lubbock Youth Symphony, Texas Tech University, Inspiration Point Fine Arts Colony in Eureka Springs Arkansas, and the University of Central Oklahoma. A strong advocate of music education, he has conducted orchestras, choirs, and musicals for youth music camps in Texas, Missouri, Oklahoma, Arkansas, and North Carolina. He is currently the Director of Strings of the Next Generation Summer Music Camp in Joplin, Missouri. He is a passionate proponent of the new music of younger composers and is known for innovative programming. Press reviews have referred to performances as "bright, articulate, and beautifully balanced", and "astonishing precision and polish; a joy from start to finish." He holds a doctorate in orchestral conducting from Texas Tech University.

Irene Burke has a Bachelor of Music from the Crane School of Music in New York and performs professionally with several arts groups in the Raleigh area. She has also performed with other orchestras in the Northeast as well as being a member of the Raleigh Symphony Orchestra since relocating to this area in 1986. She is a member of the Durham Symphony and the Carolina International Orchestra, and performs regularly with Carolina Philharmonic in Southern Pines. Ms. Burke was a student of Samuel Baron and Donald MacDonald. Currently, Ms. Burke is the Financial Manager and Bookeeper of the Raleigh Symphony and is also certified by the State of North Carolina as a CPA with her own private CPA firm. 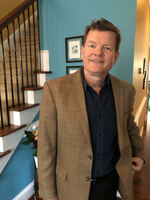 Lawrence Bivins is Founder and Principal of Evensong Communications, Ltd., a provider of communications and market intelligence services to businesses, non-profit organizations and government agencies. From 2017 to 2022, he was Managing Director for Policy and Public Affairs at the North Carolina Economic Development Association (NCEDA), a Raleigh-based non-profit with more than 800 active members. During the COVID-19 pandemic, Bivins served as Interim Deputy Secretary for Public Affairs at the N.C. Department of Commerce and was Deputy Communications Director there from 2015 to 2017. Through the years, Bivins has contributed features on business and the economy to the Rocky Mount Telegram, Business North Carolina, The Wall Street Journal, Area Development and Site Selection. He is the author of North Carolina: A State of Minds, published in 2004 by Cherbo Publishing Group. Bivins holds undergraduate and graduate degrees from Louisiana State University, American University and the London School of Economics. He resides in downtown Raleigh with his wife, Lori. 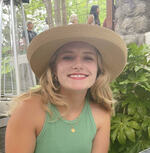 Elizabeth Thompson is a journalism researcher and classically trained opera singer. While she was a voice major at UNC Chapel Hill, she played roles such as "Scipio" in "Il Sogno di Scipione" and "Boy" in "One Who Says Yes." Elizabeth has worked as a reporter for various news outlets across the state and country, such as The Dallas Morning News, The Raleigh News & Observer, and North Carolina Health News. Now, she works to address local journalism's most pressing needs as a researcher at The Center for Innovation and Sustainability in Local Media. In her spare time, Elizabeth is a violist in the Really Terrible Orchestra of the Triangle. 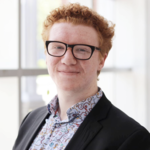 Kelsey Carlisle received his Bachelor of Music degree in Piano Performance from the University of North Carolina School of the Arts in 2022, but his music career began with blues guitar at age 7, taking him around the country and allowing him to perform with award-winning artists like Bob Margolin, Christone Ingram, and Victor Wainwright. He began his time with CVNC as an intern in Fall of 2021. After graduating, he became a staff writer with the journal and continues to review arts events around North Carolina, as well as writing on his personal blog about whatever he is obsessed with at any given time. In his free time, he enjoys watching Formula 1, researching sports and American history, the writings of Hunter S. Thompson, and the music of George Gershwin. Maggie Pate is a native North Carolinian with an extensive background in the performing arts. Maggie holds a Bachelor of Music in Vocal Pedagogy from East Carolina University, attended Berklee College of Music, and obtained a M.S. Ed. from Sunbridge College, New York.

Having been on both the North Carolina and Washington State Visiting Artist rosters, Maggie has performed throughout the United States in both classical and jazz genres and as well in musical theatre and dance. Some of her most noted local performances include the soprano soloist of Stravinsky's Les Noces and spearheading a concert for Sights and Sounds at the North Carolina Museum of Art. Maggie is a member of the North Carolina Master Chorale. 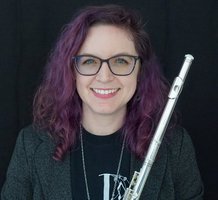 Andrea McKerlie Luke earned her BM in Music Performance with a concentration in flute, along with a minor in Professional Writing and Presentation Media, from Meredith College in 2013. She began with CVNC through the college internship program in 2011, continuing to become a reviewer/critic after graduating. After additionally taking on the role of Calendar Editor for several years, she was appointed as the new Executive Director in 2021. Luke is also the Web Coordinator for RAFA (Raleigh Area Flute Association), where she is an active performer and has directed several youth flute choirs. She is a Chapel Hill native and was raised both listening to and performing with various local musical organizations, including the Raleigh Flute Choir, Raleigh Little Theatre, Raleigh Symphony Orchestra, and Triangle Youth Ballet.

Although a native of Louisville, Kentucky, Matthew Hager has called North Carolina home since 1998. Matthew is a graduate of UNC-School of the Arts (High School, Drama, 2005) and UNC-Chapel Hill (BA Dramatic Arts, 2011). He also has trained at Shakespeare & Co. in Lenox, MA and DePaul University in Chicago. Matthew has acted with local theatre companies including Burning Coal, Manbites Dog, Theatre in the Park, Koka Booth, Urban Garden Performing Arts, and Bare Theatre.

Chelsea Huber is the choral director at Mount Vernon High School and Walt Whitman Middle School in Alexandria, Virginia. She is a graduate of Meredith College in Raleigh, where she began as an intern at CVNC for three years before becoming a regular contributor. Chelsea enjoys remaining connected to NC through her CVNC work and she is also working on her Master’s degree in Music Education through UNCG. 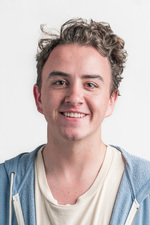 Tanner Benson earned his Master’s in Critical Film Studies from UNCW in 2022, specializing in Latin American film and “Slow Cinema.” Originally from Utah, Tanner grew up going to the theater as a fan, as well as performing in plays and musical groups. He believes that the arts have a way of making life more vibrant and colorful, and is grateful to be immersed in the unique cultural landscape of North Carolina. He began as an intern in 2021 and continues to contribute both as a writer/critic and as CVNC's Calendar Editor as of July 2022. 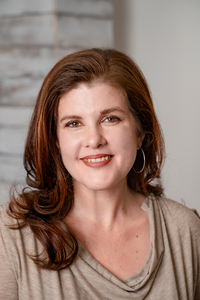 Sarah Thompson is from Winston-Salem, NC. She began her professional career in the Senior Living Industry as an Enrichment Coordinator and currently works as a Family Advisor for a Senior Placement Agency. Her love and passion for the arts began early in life though, and she has studied dance, drama and music for more than 20 years. She frequently performs in community theatre productions in the Triad area. She is also a voice actor, and can be heard bringing life to characters in a variety of podcasts and animated features. Her favorite pastime is attending art and music festivals with her family, and she loves finding out about everything that North Carolina has to offer. She is excited to join the team as the Calendar Editor in January 2023.