What happened, and how - and why - we began this enterprise.

CVNC (originally Classical Voice of North Carolina) is modeled on San Francisco Classical Voice (SFCV), the founder of which was of immense value to us as we got off the ground.  We exist as a direct result of a decision in early 2001 by Spectator Magazine to abandon coverage of classical music, which had been in its pages since 1978. Spectator dropped classical a month to the day after the grand opening of Raleigh's Performing Arts Center, with three new halls, two of which were intended primarily for music (including opera) and dance. Within several months, Independent, the other "a&e" paper in the Triangle, asked its classical critics to abandon reviews in favor of "glitzy" previews.

A full discussion of why reviews and a decent calendar are important to artists and the community would consume all our space and more, but we'll take as a given the fact that readers of this document know, understand, and appreciate them. Since Indy's critics were every bit as serious as Spectator's writers had been, it didn't take us long to get together, and with a lot of encouragement from our former readers and presenters and a few key arts patrons, we decided to have something in place by the time the Fall 2001 season began, in order to fill the not-inconsiderable voids created by our former (commercial) employers.

We started on a hope and a prayer, with no capital, and with no real awareness of what we were getting into. It took about ten minutes to decide that CVNC, which the idea was to become, could NOT succeed in print (due to prohibitive costs of printing and distribution and administration and ad- or subscription sales), and that SFCV would serve as a viable model for us. Like SFCV, we began as a classical music platform, in our case named Classical Voice of North Carolina and serving just the Triangle region. After adding multiple artistic disciplines it became apparent that retaining the "classical" portion of the name made less and less sense, so as we approached our tenth anniversary we adopted just "CVNC."

Indeed, we perceived then and cling to the belief now that serious commentary on the arts - all the arts - will in time be found only online and in the commercial papers of our very largest cities. 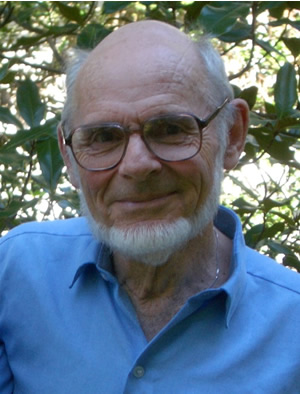 Joe Kahn escaped from Nazi Germany at age six and grew up on a chicken farm in what is now Israel. His life, nevertheless, has been steeped in classical music and listening to good music became an indispensable part of his life from childhood. With a good ear, avid interest and innumerable concerts, he acquired an eclectic musical knowledge – all of it self-taught.

Joe is Professor Emeritus of Biochemistry from NCSU where he taught for 28 years. For ten years he hosted the classical music request program, first on WKNC and then on WCPE. He was classical music critic with his wife Elizabeth at the Independent Weekly for ten years. He and Elizabeth have written program notes for musical organizations around the country.

He believes that musical criticism should be geared to the interested lay person and aim to be both informative and accessible. Criticism should not only evaluate, but also explain and educate. 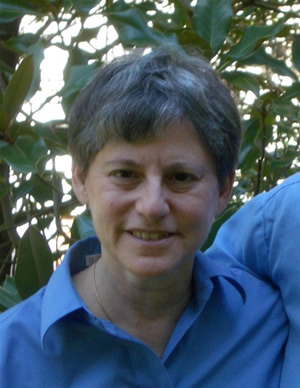 Daughter of a New York music critic, Elizabeth Kahn led a charmed life growing up with any and all concerts free for the asking. She majored in voice and piano at Brandeis University and continued at Brandeis as a graduate student in musicology. She received her PhD from Harvard in Comparative Literature, creating a special niche in the relationship between music and poetry. Her dissertation on the legends of Orpheus in the Middle Ages and Renaissance was published in 1987.

Elizabeth saw the critic's role as largely educational rather than judgmental. She believed that by explaining something about a program, both its content and performance, she could help readers sharpen their appreciation of music their own critical faculties. As in other areas, Elizabeth was a true musical liberal, believing that there is no such thing as a definitive performance. But that doesn't mean that performers can get away with just anything.

She established with her husband Joseph an important classical music program note business, Word Pros, basing its extensive archive on the collected works of her father Paul, an important NY musician and critic, but she hardly limited herself to this pursuit, instead giving generously of her time and expertise to the NC Bach Festival, the Raleigh Civic Symphony, Arts Access, the NC Master Chorale, and numerous other non-profits throughout our region. In more recent years she led Chamber Music Raleigh through the dark days of the pandemic, helping ensure that the organization not only survived but grew and expanded (to Charlotte) in the process. Kahn died at her home in September of 2021, aged 78, but her legacy lives on through all of the various arts organizations that she helped nurture and grow into NC institutions. 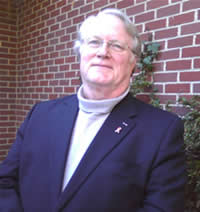 Since 1977, John W. Lambert, has written reviews and articles published, variously, by The News and Observer, Leader, Spectator, Fanfare, Fi, Independent, CVNC, and CVNA. His studies included violin, piano, voice, and music history. A sketch of his thesis, on the North Carolina Symphony's first 50 years, was published by Greenwood Press, in Symphony Orchestras of the United States: Selected Profiles (ed. Robert R. Craven); and his liner notes for several Toscanini Lps were published by Music and Arts Programs of America, Inc. His latest major publication is The North Carolina Symphony: A History, written in cooperation with Joe A. Mobley, with a foreward by Roy C. Dicks.

He is a recipient of the Raleigh Medal of Arts, the Durham Symphony's "Share the Music" Award, and a Triangle Arts Award.

Lambert is a member of the Association for Recorded Sound Collections and an avid collector of recordings, currently concentrating on conductors Rudolf Kempe, Franz Konwitschny, and the non-BSO discs of Charles Munch. Ever mindful of his late critical mentor Nell Hirschberg's oft'-repeated admonition ("People die when they use up the number of words allocated to them in their lifetimes"), he hopes to live long enough to be able to hear and write about the "best-available" transfers of all of Toscanini's NBC Symphony broadcasts (1937-54), a listening (and collecting) project he began when he was 11.

He cherishes the memory of his time in Uncle Sugar's Canoe Club, including a deployment to Vietnam aboard the Navy's last 8" rapid-fire cruiser, the USS NEWPORT NEWS; he retired after 26+ years of combined active and reserve service, the latter including a substantial hitch in military shipping. His civilian "day jobs" were largely in private-sector and government purchasing and technical writing. He retired as a business officer with NC's Department of Health and Human Services in September 2010.

He is a member of the Music Critics Association of North America and serves on the production team of Classical Voice North America. 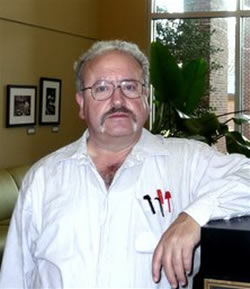 William Thomas Walker, 70, indefatigable and peripatetic critic whose beat encompassed central, western, and southern NC, died at his home in Hillsborough on December 5, 2019. He was one of the four founders of CVNC.

Bluegrass on the radio and shape-note singing in local churches constituted high art in Wilkes County, where William Thomas Walker grew up, but TV brought Bernstein’s Young People’s Concerts. He left the hills for the Hill (UNC-Chapel Hill), attended his first concert in 1969, and earned a BS in Zoology in May, 1971. In 2016, he retired after 44.6 years as Stacks Supervisor in UNC’s Wilson Library and later in Davis Library, an occupation that enabled him to fund his addiction to classical music by collecting recordings and attending 80+ concerts annually. This led to writing for Spectator Magazine and then helping launch CVNC with an “Overview of the 25th Anniversary of the Spoleto Festival USA.” He was member of the Music Critics Association of North America (MCANA.org).

Walker's pre-CVNC  guest restaurant reviews are compiled in Kent's Carolina Barbecue Book from what was the #1 ranked by Google website from 1998 until its retirement in 2008 with an average of over 10,000+ unique visitors per month.